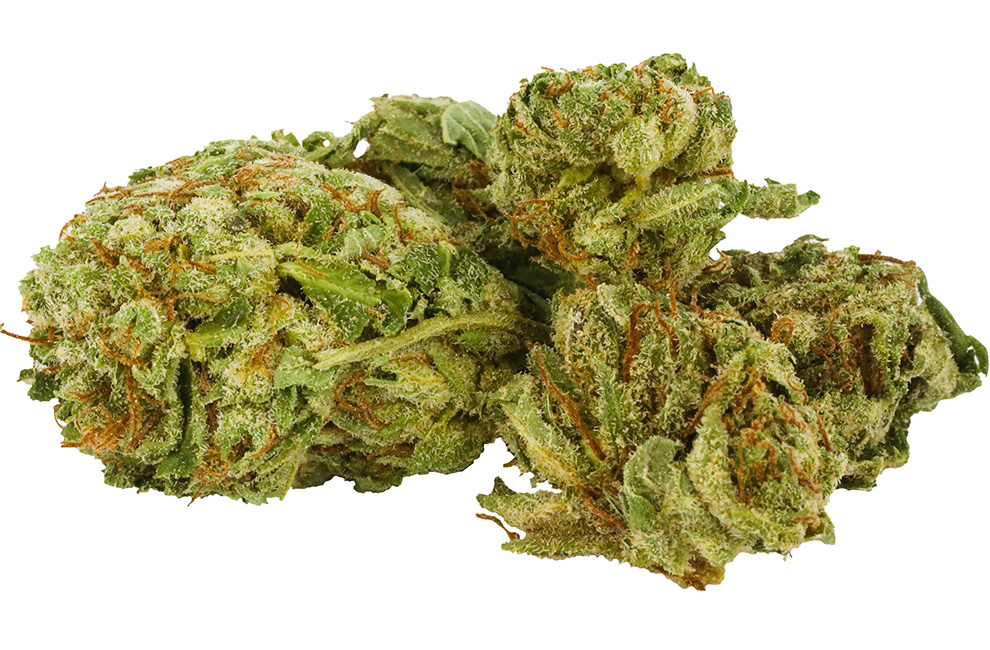 8 Ball Kush, descended from Afghani Kush from the Hindu Kush region, offers marijuana enthusiasts the relaxing effects of a pure Indica strain with the subtle mental buzz typically associated with Sativa strains. This pure Indica bud can pack a potent body high, making it a great choice for weed consumers with some experience.

To be honest, we have no idea why Barney’s Farm named this strain 8 Ball Kush. Nonetheless, it looks promising for recreational users but seems to be more suited for medical use. Of course, we will cover this with more details in another section. Suffice to say; this pure Indica strain is one that delivers a whole-body relaxation with surprising Sativa effects.

According to Barney’s Farm, 8 Ball Kush descended from an Afghani Indica strain. For the uninitiated, this is a Hindu Kush region in the mountain range between Afghanistan and Pakistan.

At its onset, the 8 Ball Kush works fast by delivering a gentle buzz that uplifts the mood. The general feeling of happiness follows soon, and some people may even feel elated. As mentioned, it seems to have some Sativa effects especially in inducing a clear head and sparking creative thoughts.

Following the mild mental high, the strain starts to work on the body, and it does so ferociousness. Think of the cue ball traveling at great speed to hit the other balls on a pool table. 8 Ball Kush hits the body with a powerful sedative-like effect that now leaves users in utter relaxation.

Depending on the tolerance level, some people remain functional. In this case, they can perform tasks without noticeable difficulty. As for others, they succumb to the overwhelming body high and will stay on their couch.

8 Ball Kush has an above average THC content but not enough for us to describe it as very potent. Because of that, it is easy for some people to overestimate their prowess in using cannabis. Make no mistake about it. This hybrid is a heavy hitter and can leave people stoned.

Although some people may see its effects as a negative, that is not the case if it is consumed for medical reasons.

Some people say that the scent of 8 Ball Kush reminds them of hashish. They are right, of course. In fact, the region where its ancestors came from is where they cultivate plants for hash. Its scent also emits the smell of earth and pepper blended.

Not only does 8 Ball Kush smell like hash, but it also tastes a little like one too. Most people should find the lingering tone of wood and sage pleasant to the taste buds.

Of all the cannabis strains in the world, and there are thousands of them, some are tough to handle. 8 Ball Kush belongs in that conversation.

For instance, there are adverse reactions that come with the use of marijuana. In most cases, the symptoms are mild, should they occur. If they do, it is mostly because of overindulging. But in the case of 8 Ball Kush, those same reactions are more pronounced even if one were to stay within limits.

In that sense, we can say that there is a price to pay for the use of this strain. And whatever purpose it is, it better be worth it. So, for recreational use, this may not be an attractive cannabis hybrid.

Among the reactions that users can expect are dry eyes and mouth. At this point, some people may think it is normal. Of course, it is. But in other strains, they are usually negligible. In other words, using 8 Ball Kush almost guarantees these adverse reactions.

Other possible effects could be feeling paranoid or more anxious. At the same time, it could also cause users to feel dizzy.

Having mentioned the adverse reactions, it is clear that 8 Ball Kush is better suited for medical use.

Most strains and hybrids can reduce stress. The same can be said of 8 Ball Kush. Aside from that, the sedative-like property of the hybrid can also help with muscle spasms and other pains. Where it excels is in helping people deal with depression.

Checking its CBD content, some sites have listed it as high as 5%. At that level, one could almost argue that it offers value to people with epilepsy. But from the breeder, they listed it at 1.4%. Although it is of no use to those suffering from epilepsy and seizures, it is much higher than most other strains.

Because of its origin, where the strains are used to diverse climate and condition, 8 Ball Kush is tolerant. It grows well from cool to temperate and warm climates. Also, it is a durable plant where it can tolerate mistakes such as wrong nutrient levels. Did we mention that it is also resistant to pests, mold, and mildew? As such, this strain is a good choice for beginners in planting cannabis.

Outdoor, it does grow bushier. Indoor, this plant is adaptable to the Sea of Green and Screen of Green training techniques.

Typical of an Indica strain, 8 Ball Kush matures in as early as seven weeks. The plant should provide around 16 ounces of buds per square meter.

The best time to harvest the plant is in the first two weeks of October. Each plant would yield around 19 to 21 ounces of dense buds.