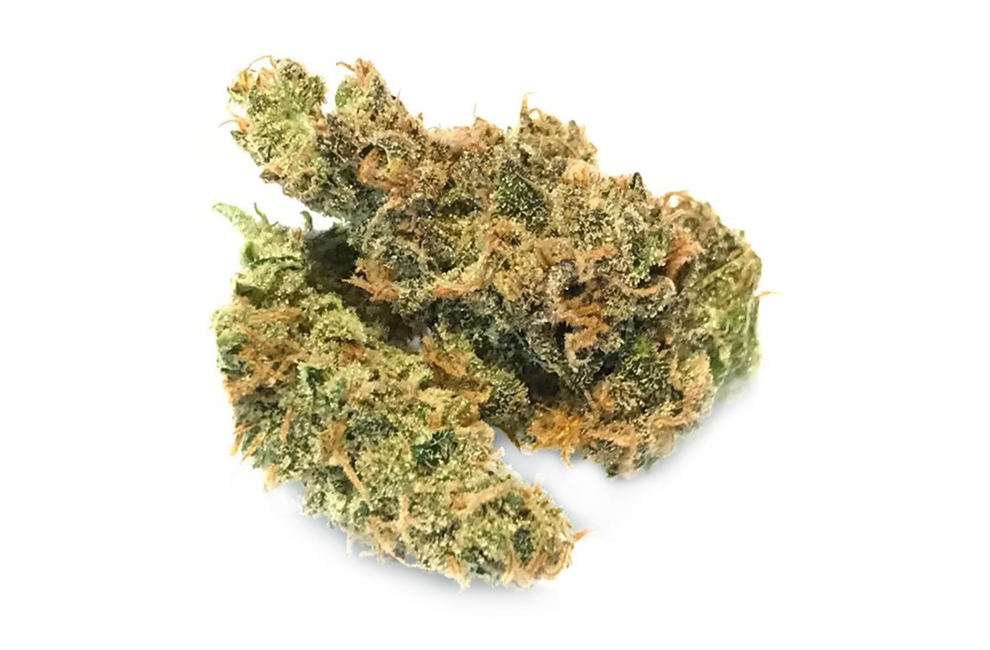 A strain that comes with the name Aurora evokes the thoughts of a sight so beautiful. Witnessing the spectacular light show in the magnetic poles of the northern and southern hemispheres must be exhilarating. As such, some people may think that the Aurora Indica can cause hallucinations or psychedelic effects.

Far from it, as this strain is 90% Indica, its effects are more on the body. Its primary use is more geared towards those who want to relax and sleep afterward.

Aurora Indica comes from a prestigious line that includes the Northern Lights and Afghani. Both of these strains are among the most recognizable and popular strains in the world. Also, both strains were used by breeders to produce many more hybrids.

For a reputable breeder like Nirvana Seeds, they do not cross two or more strains to see what happens. In a sense, if there is madness, then there is a method to madness itself. What we are saying is that these breeders deliberately grow new hybrids with a niche market in mind. For that to happen, they have to focus on specific traits. As such, many hybrids combine the best traits of their parents.

The Aurora Indica, as its name implies, is a heavy Indica hybrid. Both its parents are known for potent sedating body high. But unlike them, this new strain does not come with the same potency. But keep in mind that it is still powerful enough to overwhelm unsuspecting users. As it is, this strain is still considered as very potent.

Smoking Aurora Indica will have an immediate effect, thanks to her full blooded indica nature. Certainly a couch locking strain, so recommended for evening use to avoid feeling sleepy all day. Her effects will cause eyelids, arms and legs to become heavy followed by an urge to eat.

Her flavours are very bold and earthy, with overtones of pepper and herbal spices. Aurora Indica is a good choice for chilling out at home with friends taking it easy. Medical patients may find this hybrid to be one of the most therapeutic strains Nirvana offer, as she may help with relieving inflammation, aches and pains and symptoms of insomnia.

Watching the northern lights is, to say the least, mesmerizing. Often, people find themselves staring blankly as the lights perform its captivating dance in the night sky. As it sways and gently shifts its colors, a soothing and calming sensation washes over the watchers.

Such is descriptive of how the Aurora Indica works. On its onset, a rush of calming sensation eases the tensions in the body. It continues to bring a sense of calm and uplifting feeling. In moments, users start to feel happy even as others feel euphoric.

As the magical effects dance its way all over the body and the mind, its users find themselves completely relaxing. Without warning, most people find themselves stoned. Lost in their thoughts and dreamy state, it is not uncommon for people to realize what happened after waking up.

Aurora Indica, taking its name from the Northern Lights, is aptly named for the magical effects it brings to the users.

By crossing Afghani and Northern Lights together, Aurora Indica inherited the tough resilience and growth structure of her parents. This F1 hybrid will be able to take cold and wet weather meaning she performs well in colder climates, however due to the density of the biomass from her buds, be vigilant of mould late into the flowering stage. Aurora Indica will grow bushy, uniform plants that require little maintenance, meaning this strain is best suited for Sea of Green setups in comparison to SCROG.

This strain is not only beautiful, but it also comes with a pleasant smell of sweet mango and lavender blended in with an earthy tone. Its fragrance, in fact, sets the tone for all the beautiful things that are to come with its use.

Not to be outdone, the Aurora Indica strain also comes with a great taste. It has a distinct tone of chemical, sweet and spicy which acts as a base for the unmistakable flavors of pine wood.

One of the things that set the Aurora Indica strain apart from others is the lack of negative reactions. Of course, being marijuana, it does come with the standard dry mouth and eyes. These are conditions that are present with any cannabis.

Also, some people may feel a little bit paranoid after using it. It typically occurs when users overuse the cannabis. Other than that, there is pretty much nothing else to be concerned about.

Great strains do not only benefit the recreational users. It should also help the medical cannabis users. In this regard, the Aurora Indica does not disappoint. Among its top use for patients include dealing with muscle spasms and pain relief.

Also, its sedative effect calms a person, which then allows it to help people throw away the stress. In this way, the strain becomes useful with other mental health disorders including depression.

Finally, before its effects fade, most users find themselves falling asleep. Without a doubt, this may help people who need help getting quality sleep. In particular, Insomniacs should find the Aurora Indica useful.

Aurora Indica does not grow too tall, often at around 3 to 3-1/2 feet. It tends to grow bushier with lateral side branches. As such, growers can expect larger and heavier buds.

Grown outdoor, it could use all the sunshine it could get. Meanwhile, it also grows well in both soil and hydroponics if planted in the house. Even better, growers should use the Screen of Green training method early.

Aurora Indica is an old school heavy indica hybrid of Afghan and Northern Lights. Almost pure indica, with 90% indica and just 10% sativa genetics. This strain induces a powerful body stoned effect. Even experienced tokers can be glued to the couch with these frosty chunky buds. Her rich earthy hash-like flavour can be a little harsh and is something of an acquired taste.

Plants, as you would expect, are short in stature and very branch. Aurora Indica is suitable indoors for both the SOG or ScrOG methods. Expect up to 500g/m2. Average height of less than 1m and a flowering period of about 8 weeks make this strain ideal for beginner growers and indica connoisseurs. Outdoor yields can be impressive in a hot dry climate. Uncomplicated to cultivate and great sticky nuggs for post-harvest cannabis concentrates.

This marijuana plant starts to flower in about 9 to 11 weeks. Once ready, each square meter can produce 10 to 14 ounces of buds.

So as long as the plant is kept in a warm and sunny spot, it starts flowering by the end of September or the first week of October. It does not emit a pungent odor, and because it grows short, it may not be detected from the streets. This is nice to know if in case privacy is an issue. At any rate, once it reaches maturity, each plant can have a yield of 14 ounces.

Aurora Indica is a very easy to grow strain, short flowering hybrid with a low profile, and through the roof potency. A heavy hitter and one that we recommend for night times only or for smokers with a high tolerance.