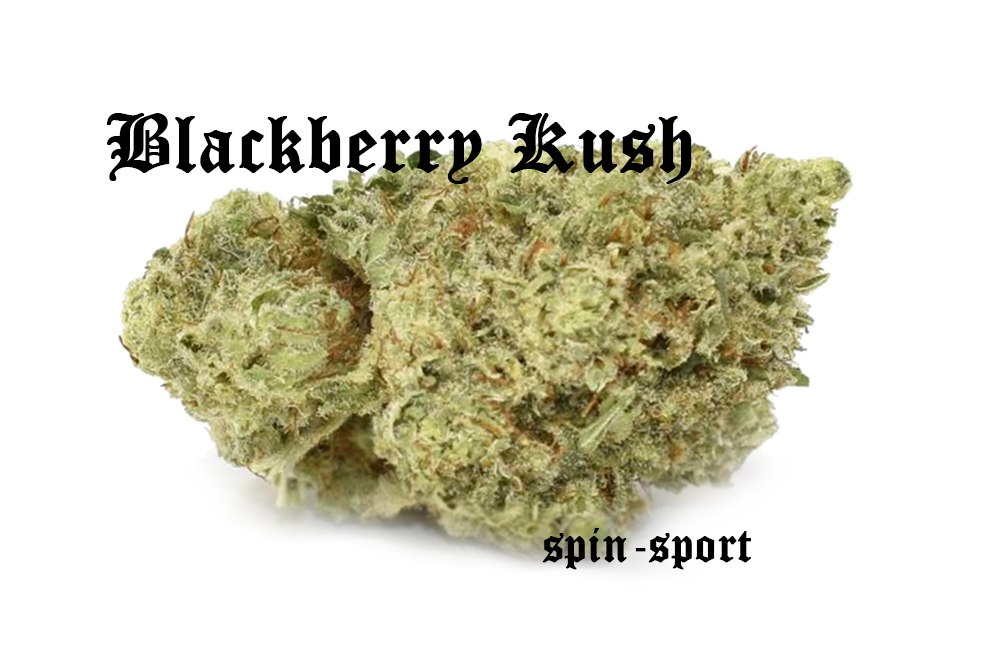 Blackberry Kush is a highly potent Indica-dominant strain with remarkable properties and mysterious genetics. The lineage of this marijuana is not exactly known but there are a few theories on its creation. Some people believe that this is a result of the crossing between Afghani and Blackberry. Other people think that it’s a cross between Afghani and DJ Short Blueberry. On top of that, the third group says this is a mix between Afghani/Blackberry hybrid and Bubba Kush.

On average, Blackberry Kush contains a THC ratio between 13%-20% and a CBD level of around 0.5-1%. The consumer should consume it properly because overconsumption can induce drowsiness or even unpleasant effects. As a decent Indica, the best time for consumption is during the nighttime.

All About Blackberry Kush

Blackberry Kush weed is a heavily indica-dominant hybrid (80:20). The original genetics of the strain are the subject of dispute. The commonly accepted story is that the strain is a cross of Blackberry with either Afghani or Bubba Kush. However, some people believe it is a cross of DJ Short’s Blueberry and Afghani.

As for the identity of the breeder, no one is sure. This is hardly a surprise given the differing stories surrounding its genetics. Blackberry Kush was possibly created during the fledgling California medical marijuana era.

Blackberry Kush provides users with a euphoric high and deep relaxation. However, relaxation can soon become sedation, and many users become couch-locked. Given the nature of its effects, Blackberry Kush is best suited to evening or nighttime use.

This sample reminded us both of a purple strain and Blueberry with its slightly musky but sweet berry aroma — we did indeed pick up a Blackberry element to the smell as well. It was more piney and musky pre-grind, but sweetened up quite a bit and got more pungent once handled.

Blackberry Kush has a robust, earthy, diesel flavor coupled with sweet blackberries. The best way to describe this strain is to say it tastes like biting into a mouthful of berries when you inhale. The earthy fuel flavor becomes more apparent on the exhale. It also has a pleasant berry taste that lingers long on the palate.

Though the lineage would suggest a more dense structure than the result shows here, we liked the foxtailed and unpredictable structure. Light green and looking like the DJ Short’s Blueberry side of the family, it has brick red pistils and a high calyx-to-leaf ratio.

With only a little ear tickle and some face/head pressure to start, this one came on rather slowly and built into a uniquely relaxing body-centric experience within 45 minutes. With a lot of downward inertia serving to pull us into the couch, the warming and relaxing body effects came with very little mental effect other than a pleasant sense of relaxation (mental processes were clear). As time moved slowly forward, the numbing and tingly body effects kept up at a high level, especially in the hands and arms. One effect that we all noticed was strong relief of stomach issues and increase in appetite, which came on almost immediately. As it subsided, we were generally a little tired and this med would definitely pave the way for a restful night of sleep.

What is Blackberry Kushgood for?

Blackberry Kush serves several purposes and is used to make cannabis oil, wax products, vape cartridges. It is used in medicines to release stress and prevent chronic anxiety, depression, induce a good sleep, and help you relax. It is an excellent pain reliever

How strong is Blackberry Kush?

Blackberry Kush is quite potent. But the THC level is on average only 15%. It may range from 13% to 20%, depending on the breeder.

Growing Blackberry Kush demands moderate care and sufficient nurturing. It cannot be grown outdoors and cannot withstand humidity, mites, fungus, and insects. Blackberry Kush requires plenty of nitrogen and magnesium for its proper growth and not more than 60% humidity,

The good news is that Blackberry Kush is a much easier strain to grow indoors. These plants usually take 8-9 weeks to flower and can yield around 16 ounces per square meter planted. When feeding this strain, please pay special attention to its magnesium intake. Be sure to also provide it with plenty of nitrogen during the vegetative stage of growth.

While you are free to use a hydroponics setup, avoid using coco coir as your growing medium. If you use coco coir, it is more likely that a magnesium deficiency will take place. One of the most obvious signs of this deficiency is the bottom of the plants growing more slowly than usual. Another sign is if the leaves are turning yellow long before harvest and their tips look burned.

Make sure the humidity in your grow room is no higher than 60% during the vegetative state. Reduce it gradually each week, so by the time your flowers are blooming, the humidity level is down to 40%. If the humidity level remains too high, the plants will take in fewer nutrients, leading to various deficiencies.

Blackberry Kush is only a moderately potent strain by modern standards. Its THC content can be as low as 13% and as high as 20%.

This strain contains a maximum of 0.5% CBD.

Blackberry Kush is a popular strain among medicinal marijuana users suffering from depression, insomnia, or chronic pain. Some users say that this strain can also help to alleviate muscle cramps and spasms.

Blackberry kush has many powerful relaxation properties that make it popular since it came out in the market.

It is undoubtedly one of the most useful strains in the medical marijuana community. It is prescribed to the patients worldwide to help manage various conditions such as stress, chronic pain, insomnia, nausea, anxiety, lack of appetite, muscle spasm, and many more.

Blackberry Kush is prescribed to the patients who suffer from nervousness, anxiety, and stress because the strain makes them feel relaxed without making them too tired.

Blackberry kush is also ideal for managing all kinds of pain because of its powerful calming effect. It reduces body pain and aches. Its strong Indica properties keep muscles relaxed, which is ideal if for muscle spasms that can keep you awake at night.

It is common for patients to lose appetite when they go through chemotherapy. Chemotherapy can make patients feel nauseated too. Medical marijuana, such as Blackberry Kush, can help with nausea and loss of appetite. A quick smoke of blackberry kush can increase appetite and encourage patients to eat food regularly.

The strong Indica effects also cause sleepiness, which helps people who have insomnia. It eases you into a state of relaxation, and gently get you ready for a night of restful sleep.

It won’t knock you out immediately, but you might as well say goodbye to anybody who’s not smoking with you. Blackberry Kush starts by attacking concentration and then drains consciousness shortly thereafter, making it a great indica for nighttime and hangovers. Medical patients use it to fight eating disorders, chronic pain, insomnia, stress and migraines.

First of all, this strain is highly appreciated for a remarkable body high that is perfect for relieving body pains. Moreover, that relaxation is complemented, with a charge of euphoria and a feeling of happiness that calms the mind. It also tends to lift the mood and induce munchies. The most common effects are:

The side effects are pretty mild, including only dry eyes and cottonmouth. Nevertheless, if consumed in unreasonable amounts, it may induce dizziness and anxiety.

The most common side effects associated with the Blackberry Kush strain are cottonmouth and dry eyes. However, a small minority of users have also experienced adverse reactions like headaches, dizziness, or paranoia.

For our reviewers who were experiencing a lot of stomach discomfort, it did wonders for relieving that, and everyone really enjoyed the numbing, relaxed body effects as well. It’s definitely a berry-scented strain, but that didn’t translate to the taste. Still, the pleasant smoking experience again made up for that shortcoming, making this a perfect selection for patients who need an Indica but don’t like the thick, at times cholorophyl-laden (since they generally have more leaf matter) smoke they deliver… “pleasant” was the word that kept coming to mind with this one.