How Much is a Draw of Weed - WeedPedia
Skip to content 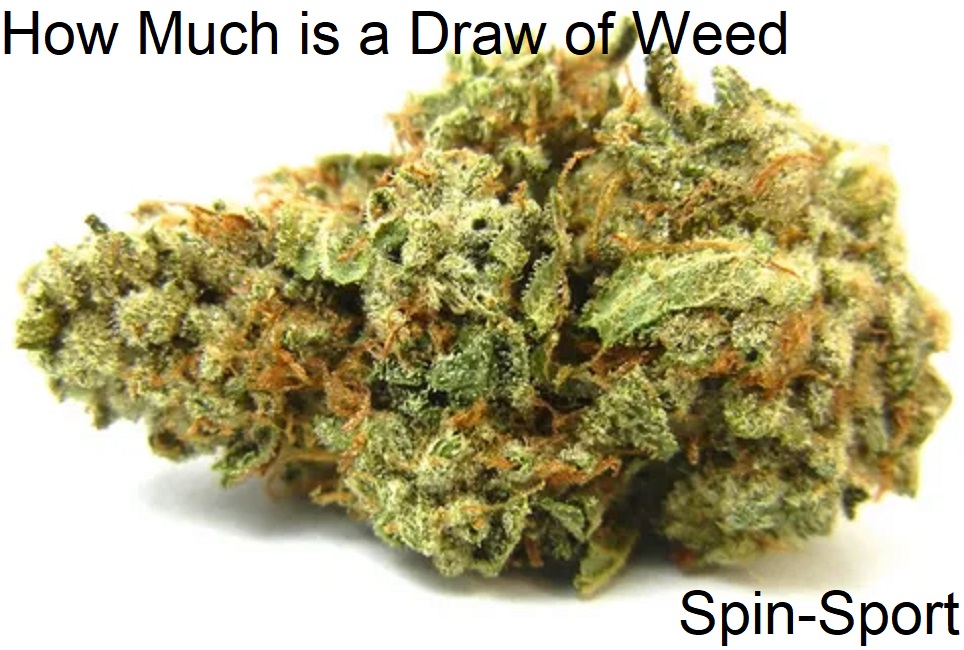 If you’re just venturing into the world of cannabis you are probably a little bit surprised by just how much math is involved in the process. Marijuana is generally measured within the context of an ounce.

Of course, you can purchase marijuana in smaller increments, via a gram at a time, or you can purchase in bulk. For example, an eighth (one eight of an ounce, 3.5 grams) usually costs significantly less than buying three grams of marijuana separately.

Naturally, larger quantities of cannabis are possible but once you push past an ounce buying marijuana it becomes both cost prohibitive, and in many states, illegal.

As of now, most state with marijuana legalization allows up to one ounce of marijuana on hand.

That’s a precursory glance at the world of cannabis and the typical weights that come along with purchasing weed. Today we dive deep into the world of marijuana measurements. Read on, won’t you?

The gram is your base unit of measurement when it comes to buying marijuana. A single gram is enough for a few joints (depending on how you roll) or one or two moderate blunts.

How much weight is a gram of weed?

A gram is the smallest weight of marijuana you can buy and it doesn’t weigh much of anything. To put this into context, a gram is one twenty-eighth of an ounce (1/28). One gram will easily fit into the palm of your hand.

The world of cannabis is filled with jargon and slang terms. There is a whole language relating to marijuana out there that, while not necessary to understand, can help you a little bit especially as you go about trying to purchase your own flower.

One of the most common nicknames for a gram of cannabis is “dime bag”.

What is a dime bag?

A dime bag is usually the smallest increment of marijuana that you can purchase. As mentioned earlier, it’s standardized as a gram of marijuana. However, if you’ve ever found yourself buying cannabis in a not so legal setting, you probably know that people mean different things when they say dime bag.

Sometimes it’s just a regional thing—different areas of the country have their own terms but many use this common name for whatever the smallest increment of marijuana is available for purchase.

How much is a dime bag?

So how much is a dime bag? Traditionally, it has always been a gram of bud for $10 because across the country $10 a gram is the going rate if you only buy one gram at a time. Thus the name dime bag.

However, it’s really not nearly so regimented as that. Like any other product, the market value of cannabis is subject to frequent change. How much you pay for a dime bag will depend on lots of different factors such as your location.

How much does a gram cost in Colorado and California

The price of cannabis is actually on the decline right now, as the supply has become greater than the demand in states like Colorado and California.

However, cannabis is priced differently depending on the potency and you can expect a typical gram, with tax (and there is a lot of tax) to come out to around $12-20 in most legal states.

How many grams are in a dub?

Traditionally, a dub sack is two grams of marijuana.

The actual quantities may vary depending on where in the world you find yourself but that’s pretty much the standard.

How much is a dub?

The price of a dub is often refer to as any $20 bag of marijuana—the actual quantity that you receive thus depending on the market value of cannabis in your region.

So you can just think of a dub as a blanket term for any $20 bag of kush. However, presuming that we are talking about your standard two-gram bag, in other parts of the country you can expect to pay somewhere in the neighborhood of $30 on average.

Some places this figure will be more, others less. Tax figures heavily on the price of legal recreational cannabis.

A dub is not an enormous quantity of marijuana. In fact, it may be roughly the size of two large nuggets of cannabis. Broken up, it is roughly enough for several blunts or five or so joints.

Ah, the eighth. This is where you really start to get some serious bang for your buck. It’s a little bit cheaper compared to the per gram price of a dub, but an eighth allows you to get a lot more for a better price. Let’s take a look at the eighth weighs and prices below.

How many grams are in an eighth of an ounce?

So, by definition, an eighth has 3.5 grams of cannabis in it. This unit of measurement is a little bit less ambiguous than the others that we looked at for the simple fact that no matter where you find yourself in the world 3.5 is one eight of 8. Make sense?

But you will find that many legal dispensary offer 4 gram eighths to incensive buying in bulk compared to buying per gram.

How much is an eighth?

Again, it depends on the state, the town, the dispensary. However, the general cost of an eight falls somewhere in the $25-35 range.

As you can see, it’s a good way to save some money as opposed to buying by the gram. Buying three grams separately at somewhere between $15-20 will cost you a lot more than buying an eighth at a time.

Yep, more slang. The mathematical name for this increment of cannabis is offset by some nicknames that make it a little bit less formal.

Regionally, there are countless other slang ways to refer to the eighth such as half a quarter, slice, eify and cut.

There aren’t really any hard and fast rules for this stuff. If the other person understands what you are trying to say, everything is copacetic.