How to Make Truth Serum at Home - WeedPedia
Skip to content 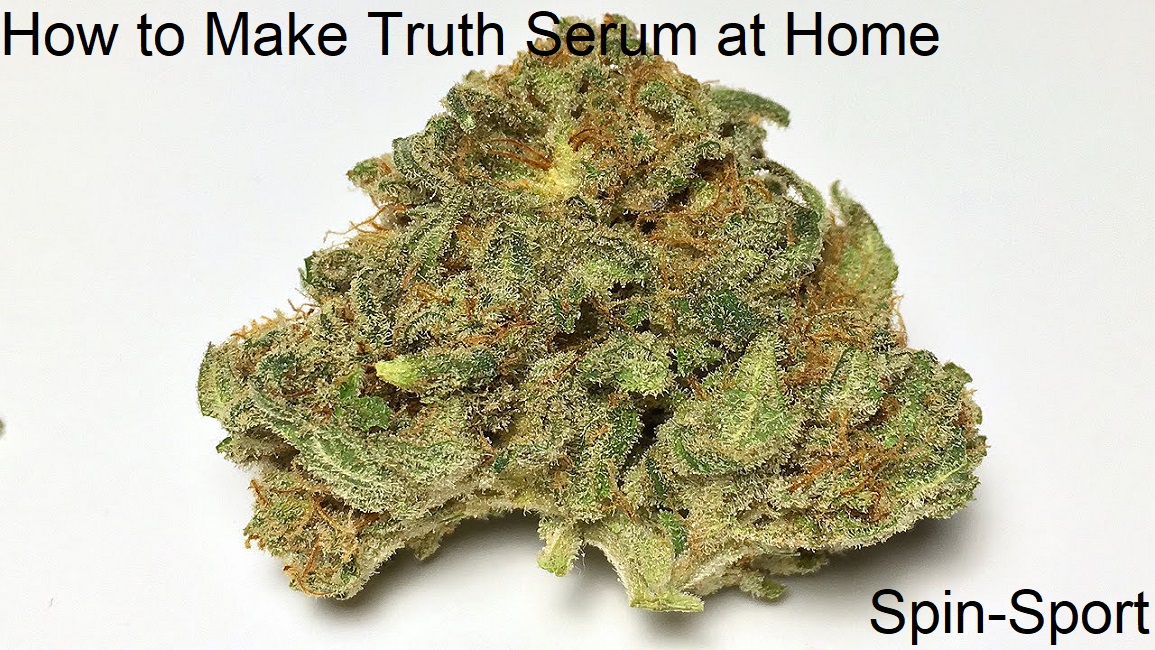 Some truth serums, like sodium thiopental, slow the speed at which your body sends messages from your spinal chord to your brain. As a result, it’s more difficult to perform high-functioning tasks such as concentrating on a single activity like walking a straight line or even lying. It’s this concentration that you need to think up a lie that truth serum takes away.

The same thing happens when you’re nodding off and reach that twilight state where you’re in between consciousness and sleep.

If you’re not a compulsive liar, then it’s likely more difficult for you to lie than tell the truth. As the famous American author wrote in Mark Twain’s Notebook (published posthumous in 1935): “If you tell the truth, you don’t have to remember anything.”

That being said, there’s no way to really know if someone is telling the truth, ever. Numerous accounts and scientific reports suggest that you’re more prone to tell the truth under the effects of truth serum drugs, but the drugs have other side affects that might make you say something to please someone else that is not necessarily true.

Furthermore, not only are truth serum drugs not all that useful, they are illegal under certain circumstances including interrogation.

The term “truth serum” came onto the scene in the 1920s, but humans have known since the time of the Roman Empire that we’re more readily truthful while under the influence.

Although many of the first drugs that the CIA, police, and Nazi interrogators used throughout the ’20s, ’30s, and ’40s are still around today, they have other uses such as ingredients in medicines that prevent motion sickness and for lethal injection.

copolamine was first promoted by Dr. Robert House as a truth serum in the early 20th century, and was the first drug to adopt the name “truth serum.” Throughout the 1920s and ’30s police department in the US would use it on suspects and in some cases judges permitted the statements the subjects gave up while under the influence. Scopolamine was the truth serum drug of choice for many back in the day because it also wiped a subject’s memory clean so they knew nothing about what they said after waking up.

The drug comes from the seeds of a tree, which locals call the “get-you-drunk” tree. While some Nazis used it in interrogation, today it’s in many medicines to help prevent motion sickness and tremors of Parkinson’s disease. It’s also used as a date-rape drug.

Scopolamine can be ingested orally through a pill or in one bizarre case as a rub. Reports recount three young women in the Colombian capital, Bogota, who smeared the drug on their breasts luring men to lick it off. Once the men were incapacitated, the women would drain their bank accounts.

Sodium pentothal is a type of barbiturate, which is a series of drugs that are central nervous system depressants, colloquially known as “downers”. Downers slow your body’s process to transmit information to your brain and are common prescription medicines for pain relief, sedation, muscle relaxation, and lowering blood pressure.

An overdose of barbiturates can be lethal and has led to a number of celebrity deaths including Marylin Monroe, Judy Garland, and Jimi Hendrix. The drug was also one of the first used in lethal injections in the US and is most often administered intravenously.

Until 2011, it was sometimes used as an anesthetic because patients usually pass out within 30-45 seconds after taking the drug. But the US stopped using the drug completely a few years ago.

This is because on January 21, 2011 the Italian company that produced the drug announced they were ceasing production. The company was worried that Italian authorities would use it in executions and as a result the US lost their only viable supplier.

There are still accounts of this drug’s use as a truth serum. In 2007, police in New Delhi, India administered sodium pentothal to wealthy businessman, Moninder Singh Pandher, and his servant, Surender Koli who were suspects in the infamous Noida serial murders. While under the influence, they confessed to luring children to their home, raping, and then killing them. The servant, Koli, was given the death sentence and is in jail. Pandher was ultimately acquitted.

Sodium Amytal is also a type of barbiturate, or downer. It was widely used during World War II as an anti-anxiety drug for soldiers with the psychological disturbance called shell shock. But like all truth serum drugs, sodium amytal is a powerful sedative, and that side effect combined with the dis-coordination and cognitive impairment it induces is why soldiers no longer use it.

Moreover, don’t get too familiar with sodium amytal, or you might get addicted. This drug is sometimes used to treat insomnia and is often administered intravenously, although it can come in powder form for oral ingestion. Take too much of this drug and it can be lethal. The maximum dose for an adult is one gram.

This drug is no longer used as a truth serum because subjects sometimes develop false memories after the fact.

That’s right. Booze! The Italian phrase In vino veritas, which is Latin for “In wine there is truth”, is attributed to a Roman philosopher known as Pliny the Elder. So, humans have known for roughly 2 thousand years about alcohol’s ability to loosen the tongue.

If you’ve ever had one too many, then you could easily recognize the feeling you would experience with other truth serum drugs. Whether you’re drinking it down or taking it intravenously in pure, ethanol form, this drug will make you more prone to spilling your secrets, but as you probably know, does not make you incapable of a little white lie every now and again.

So do any of them actually work?

“In the 21st century, however, the answer appears to be: No. There is no pharmaceutical compound today whose proven effect is the consistent or predictable enhancement of truth-telling,” Brown wrote in 2006.

Despite the fact that truth serum’s magical capabilities seem to be mostly fictional, US courts have in special cases admitted the use of truth-serum drugs. One example was with accused 2012 Aurora, Colorado theatre shooter, James Holmes — a judge allowed the use of sodium pentothal on Holmes to determine if his claims of insanity were real, not if he was guilty. In fact, confessions of guilt admitted under the influence of truth serum drugs were ruled in admissible in US courts in 1963.

Just because no truth-inducing drug exists today, doesn’t mean there could be one in the future, according to Mark Wheelis, a professor and expert on the history of biological warfare and biological weapons control at the University of California Davis.

“There is a large number of neural circuits that we are on the verge of being able to manipulate — things that govern states like fear, anxiety, terror and depression,” Davis told Washington Post reporter Brown. “We don’t have recipes yet to control them, but the potential is clearly foreseeable. It would absolutely astonish me if we didn’t identify a range of pharmaceuticals that would be of great utility to interrogators.”