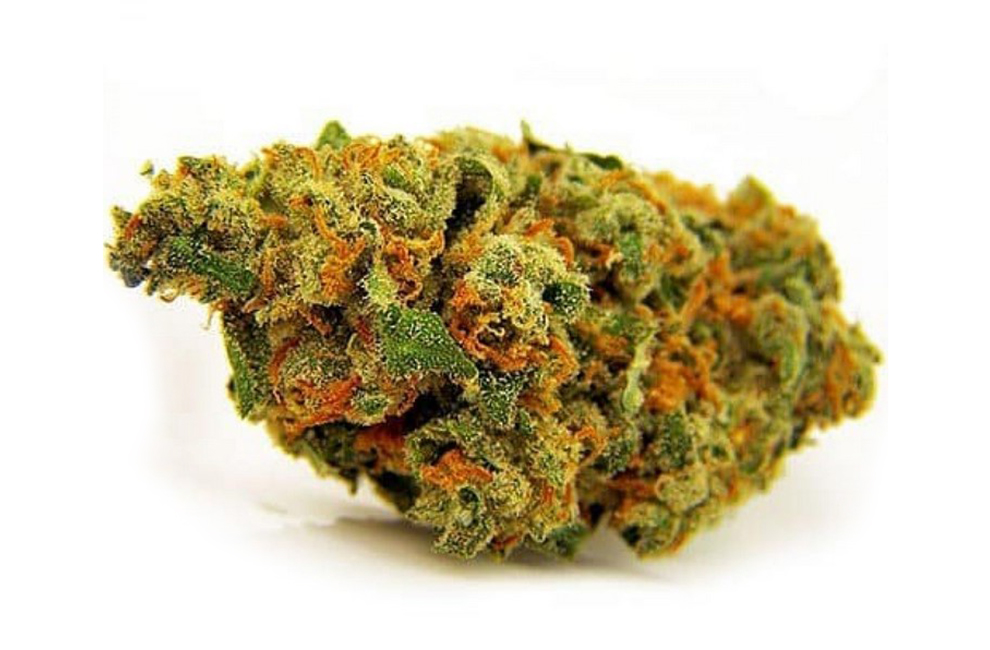 The Jack Herer strain is a sativa-dominant strain named after the legendary cannabis activist and best-selling author of The Emperor Wears No Clothes. An all-round happy, clear headed high, it makes for a suitable homage to the real Jack Herer, often described as “the perfect blend”, earning itself fans world-wide.

This famous strain was created in the mid 90’s in Holland, where it was bred and cultivated as a medical-grade strain. Its distinct engineering made the use of a sativa Haze hybrid, mixed with indica Northern Lights #5 and the Shiva Skunk.

Its uniqueness doesn’t just lie in its genetics, but also in its soothing, happy personality, which shines strongly in its effects. Jack Herer also does great justice to its name by being a very powerful healing aid for patients suffering from an array of ailments, both mental and physical.

This strain acts quickly — users are hit with a strong headrush that is noticeably more energizing than disorienting. As time progresses, or greater doses are consumed, this initial tingle spreads down the neck and through the limbs, creating a sense of relaxation without immobilizing. What follows is an alert and easily suggestible high marked by creativity. This is a particularly good strain for creative brainstorming and visualization. The sense of ease and creativity also makes Jack Herer great for facilitating conversation in social settings. Because it provides dual relaxation and buzz for the mind and body, Jack Herer typically leaves users feeling stimulated but in full lucid control of their actions. This mellow high is good for treating low-grade stress, anxiety, and depression. Users have also described relief from migraines. Although not high in CBD, Jack Herer can also be beneficial for chronic aches and pains. It is not recommended for those suffering from insomnia, as the stimulation of thought and mood can actually keep users awake. More of a daytime treat than an evening medication, Jack Herer could be considered an ideal “wake and bake” strain.

Because of its strong sativa presence, Jack Herer creates a very vivid, happy high. It is popular for the fact that it can be uplifting without feeling overpowering, and you can easily find yourself centered and relaxed after a few puffs.

Right with the first puff, a potent head buzz provides an energizing, mind-clearing influence. The high increases focus, creativity and purifies from unnecessary thoughts. After some time, the body will also catch up with a calming sensation without affecting its functionality. On top of that, a feeling of euphoria and ease can result in an engaging conversation or meditations.

At the same time, this weed can alleviate stress, anxiety, and depression. It is also known to have relieving effects when dealing with migraines and body pains. The side effects are mostly similar to other strains, so the only thing to avoid is overconsumption. But some reviewers state that it is possible to feel an increased frequency of heartbeats. Again, it is important to mention that it is a bad idea to treat insomnia with this marijuana.

Instead of it being a dowdy downer, it generates an energetic buzz that is guaranteed to fuel on a good time. Jack Herer is well known for its cerebral high, mixed with a mellow, light body high, carefully avoiding a solid couch-lock. A sense of euphoria can also be observed when smoking it, and comes highly recommended as the perfect start to a creatively stimulating and social night out.

Jack Herer’s scent is said to be reminiscent of pine and spice, creating an inviting appeal for everyone. Its smell also has a hint of orange juice and lemon in it, to break up the earthy base. Some say that Jack Herer can leave a delicious cake-like whiff in the air, mixed with a bit of pepper.

Much like what it smells like, Jack Herer also delivers an earthy, pine-like taste when smoked. Many have been quoted as saying Jack Herer tastes a bit like a tropical fruit salad, with a sharp, spicy saucy bite to it.

Jack Herer has a bit of earthy and spice as well as a hint of pepper, but boasts of a sweet, aromatic aftertaste.

As is usual with stronger strains, one of the side effects of Jack Herer reported is that of dry mouth, often accompanied by dry eyes and a feeling of slight dehydration. It also commonly can cause a mild anxiety and in some rare cases, paranoia. A dizzy sensation can be observed as well in those who might not be used to the strength and potency of this strain.

Many doctors prescribe Jack Herer as a morning medicine. It is perfect to aid those who suffer from any type of stress-disorders, anxieties and nervousness. Jack Herer is a powerful happy-smoke, and therefore a great choice for depressive people.

Because it causes a reliable boost of energy, Jack Herer can be used in the battle against chronic fatigue and lethargy. It delivers an enjoyable, slightly numbing high, that can help eliminate feelings of physical and emotional pain.

Another medical use for it is to cure chronic headaches and migraines. It is stronger than your average strain, as has been successfully used in providing a cerebral release, combined with a creative, happy release that is guaranteed to put you at ease.

One of the most grown and most respected strains around the world, Jack Herer autoflower is a grower’s dream. Its fast flowering plants and high yielding characteristics truly embodies the quality it represents. It is resistant to many common diseases and easy to grow, making Jack Herer an absolute staple.

Fortunately for growers, the seeds are available for purchase on the Internet. The difficulty of growing this plant is moderate due to the necessity of regular trimming and its climate requirements. It can be grown indoors or outdoors. When raising indoors, the flowering cycle takes about 10 weeks, and the plant requires constant trimming due to its height. For outdoor cultivation, it demands a Mediterranean climate with a temperature of about 72-80 degrees Fahrenheit. The harvest time is during mid and late October.

Jack Herer, when grown indoors, is known for its short flowering period, clocking in at an estimated 8-10 weeks on average. This strain produces around about 18 ounces per square meter.

Our free little Harvest Guide will help you determine the best moment to harvest your plants. Download it here.

In an outdoor setting, Jack Herer is best grown in a dry Mediterranean climate, and can reap about 18 ounces per plant. It typically is ready for harvest around late September to early October.

The Differences Between Hemp & Marijuana