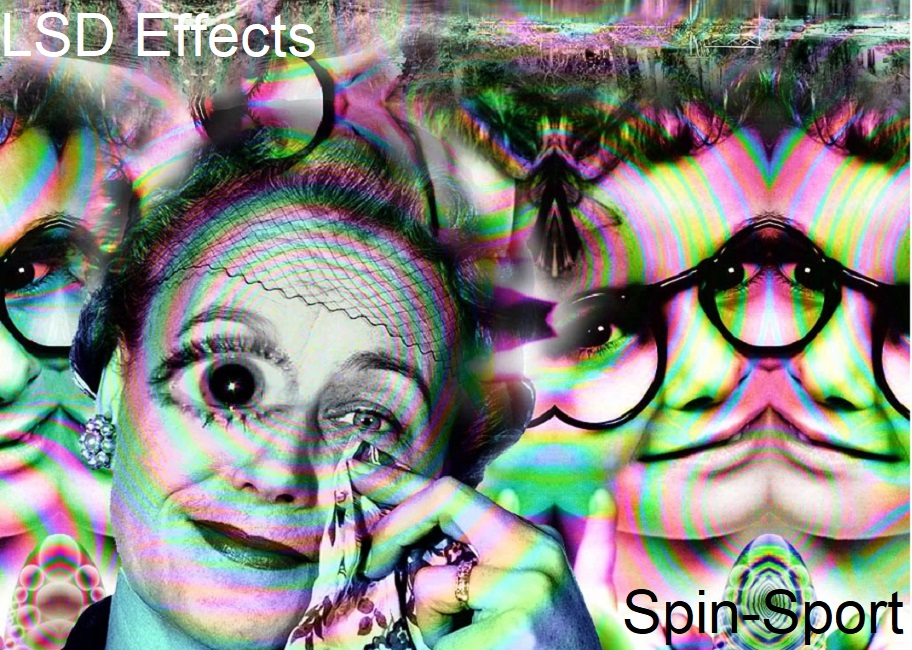 The LSD effect is described as a ‘trip’ because it is a long (8-12 hours) and powerful experience which takes you beyond normal perception and then back again.

Simply put, it profoundly alters and expands consciousness by loosening or — at higher doses — completely erasing the normal filters and screens between your conscious mind and the outside world.

With these filters down, more information rushes in. You sense more, think more and feel more. You become aware of things normally filtered out by your mind — visual, auditory, sensory and emotional. The intricate details on surfaces, the richness of sound, the brightness of colors, and the complexity of your own mental processes are all brought to the foreground of your consciousness.

At higher doses, the rush of information becomes a flood and your senses actually begin to merge and overlap (syntheasia) until you can see sounds or smell colors.

For more detailed information on effects, please visit our page on psychedelic effects.

The Come Up on an Acid Trip

The effects begin to be felt between 20 minutes to two hours after ingestion. The first signs are a sense of euphoria and expectation, along with a tingling body feeling.

Once started, the effects usually take between 30-45 minutes to reach their peak.

It is common to feel some nausea during this stage. It can be reduced by having an empty stomach.

During this time, your pupils dilate and your body temperature rises. At the same time, your heart rate and blood pressure go up. Sweating is not uncommon, and your mouth may feel dry. You may also experience tremors as part of your experience.

Using acid can also affect your emotions. It’s possible to feel a number of different feelings at once, or you may experience rapid mood swings.

Positive effects during use:

Neutral effects during the drug experience:

Hitting the Peak on LSD

At the same time, you may feel blissful, have flashes of insight into yourself or the world, experience severe time-distortion, or feel yourself dissolving or see objects merging into one another.

Delusions are another effect of LSD use. A person who is delusional believes things that are not true, but these are not simply mistaken ideas. When you hear about someone who is tripping on acid who believes that they are superhuman or can fly, this is an example of a delusion.

The visual hallucinations that an LSD user experiences can also lead to this type of clouded thought process. During the trip, the sights, sounds and tastes you experience are all very real. If seeing (or hearing or tasting) is believing, your thoughts can become muddled by what you have experienced while under the influence of LSD.

The trip wears off gradually after 8 to 12 hours, although you may continue to feel tender and altered until you get a full night’s sleep.

Physically you will feel tired and drained of energy right into the next day.

Psychologically, any insights or feelings you had during your trip will stay with you. A positive experience can give you a glow lasting hours, days, or even weeks afterward. A negative experience – or bad trip – can leave you traumatized for the same length of time. But it fades.

Some LSD users relive their experiences after the effects of the drug have worn off. Flashbacks are more common with regular users of acid, but it is possible for a person who has only tried it occasionally to have this experience. The images seen during one of these episodes may be pleasant, but it is possible to relive a bad trip long after the initial adventure of the mind has finished.

The flashbacks are spontaneous in nature, and there is no way to predict when one of these episodes will occur. Some people do experience full-fledged hallucinations during a flashback. For others, a flashback is a bit more subtle and may look like flashes of color or halos that appear when looking at an object in motion.

LSD is not considered a physically addictive drug, but continued use will lead to tolerance. When people become tolerant to a drug, they need to take more in order to achieve the same effects. This can be particularly dangerous in the case of LSD because tolerance tends to build quickly and the effects of the drug can be so unpredictable.1

Even more troubling is the fact that LSD tolerance fades quickly, usually within 72 hours. This can result in people inadvertently using a potentially dangerous or deadly amount of the substance.

How Long Does LSD Stay In Your System?

People begin to feel the effects of LSD approximately 20 to 90 minutes after taking it. These effects can last up to 12 hours, although it may take up to 24 hours for the individual to return to their normal state.

Fortunately, LSD is not addictive and most users eventually get tired of it and simply quit voluntarily, or decrease their use over time.

While people do not become physically dependent or addicted to LSD, it is possible to develop a psychological dependence on the drug. People will often seek the drug as a way of reducing or eliminating the unpleasant symptoms associated with psychological withdrawal.

Unlike many other substances, withdrawal from LSD is not usually accompanied by a host of negative physical symptoms. People are often able to stop using LSD on their own without experiencing unpleasant symptoms of physical withdrawal.

Psychological symptoms, however, can be quite common and may include: