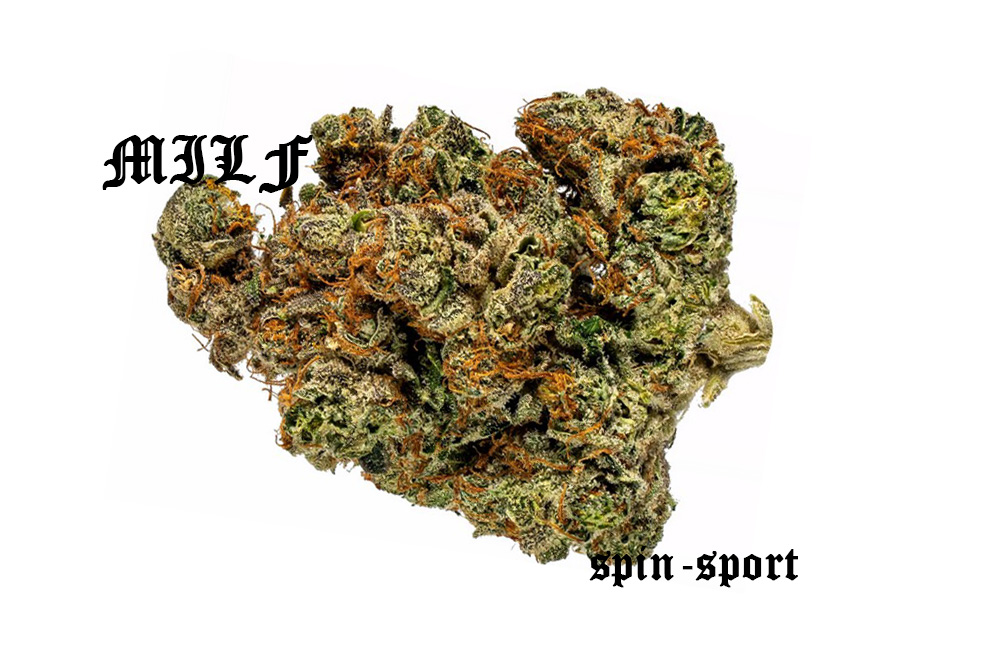 Much of its woody and earthy aroma carries over. Once drawn in, the taste of sage with a sweet note become evident.

For most people, it is the intensity of the buzzing mental stimulation that causes momentary dizziness. Of course, its duration is dependent on the dosage. Apart from that, it might also cause some people to have a mild headache. MILF is also not an exemption to the most common adverse effects of using marijuana – dry mouth and eyes. One thing that users will want to be aware of is that it has the potential to make a few people feel paranoid. To a certain degree, it might also increase the level of anxiousness. As such, people who are predisposed to such conditions will want to tone it down when using this hybrid.

Its high amount of THC when combined with CBD and other cannabinoids are also incredibly helpful in pain relief. For example, its analgesic and anti-inflammatory properties not only soothe tired muscles but also reduces or eliminates body pains and aches. Ironically, while it does wonders in helping people deal with headaches, it can induce such condition if overused.

Apart from its outstanding cerebral effects, there is another reason why it is the Marijuana I’d Like to Flower. Its buds may be relatively small and not as dense at others, but it certainly has to look. These minty green oval-shaped buds are surrounded by bright orange pistils as well as comes with a generous amount of sticky crystals.

Using soil as the medium is suitable, but for explosive growth, many growers prefer using hydroponics. One thing that cultivators can do is to combine it with SCROG. Not only does it help with having more lateral branching, but it also helps improve the production of flowers. Under powerful 1000w lighting, it can produce up to 16 ounces of buds per square meter. A big part of the reason for the abundant harvest is that the flowering period last 10 to 12 weeks.