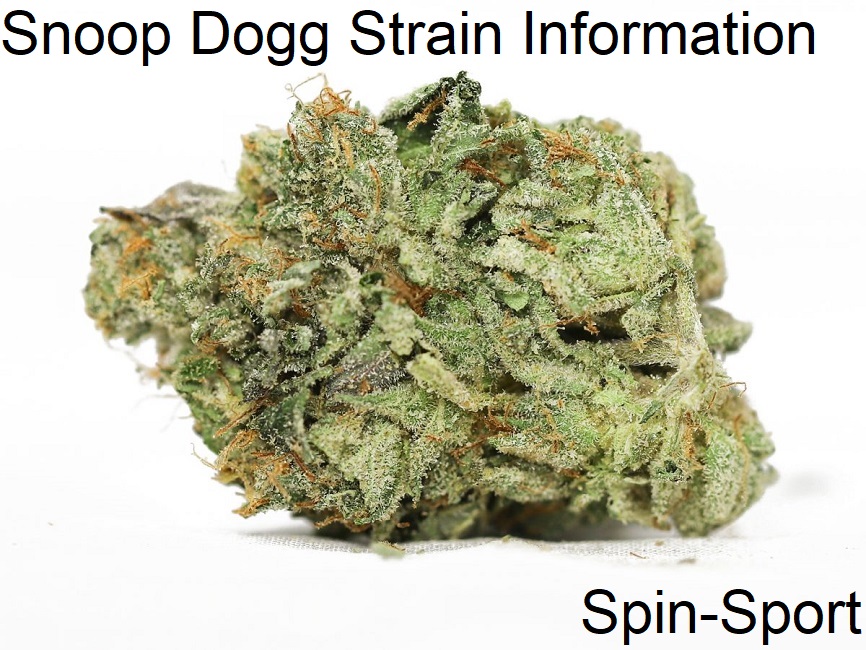 Named after the rap artist and cannabis enthusiast, Snoop Dogg OG is a 70% indica-dominant hybrid strain that is said to contain genetics from Lemon OG and Sour Diesel. The diesel aroma of Snoop Dogg OG dominates the less prominent lemon notes, making this strain remarkably similar to OG Kush in both aroma and bud structure. Snoop Dogg OG begins with a wave of racing creativity that later ebbs into balanced focus and appetite stimulation.

As we’re sure you all guessed, this strain is named after the legendary rapper and cannabis enthusiast, Snoop Dogg. For as much of an open door as its namesake tends to be, this is a strain that is shrouded in mystery. The breeders and origin country are pretty well under wraps, however the genetics have been all but nailed down and are said to be a cross of Lemon OG and Sour Diesel.

This indica-dominant hybrid is one that many chase after worldwide for its ultra high THC content and its 1% CBD content. This combination guarantees and stellar high with heady, almost sedative effects, as well as a fully relaxed body without much effort. These dusty green nugs are covered in orange and amber hairs as well as crystallized trichomes that give it a nice contrasting shimmer when the light hits it. Pair that with classic lemon and diesel flavors and aromas, and it’s not hard to understand why most have decided what this strain’s parentage is.

Because of the powerful effects, Snoop Dogg OG is perfect for treating muscle spasms, muscle tension, soreness, tightness, and swelling. As this strain contains many sedative-like side effects it is also recommended for the treatment of insomnia, restless leg syndrome, and generalized pain caused by illness or injury. The stimulative properties lend themselves to appetite loss and nausea as well.

As this flower lacks generalized information, it is difficult to come by growing information as well. Outside of a flowering period of 6 to 8 weeks and a required expertise of intermediate or above, there really isn’t much else to be found. Because it is an indica-dominant plant, it can be assumed that you’ll be blessed with an average enough yield. There doesn’t appear to be seeds available, so it’s safe to guess that cutting would be the only way to proceed with your own cultivation.

If you love his music and you love his lifestyle, grabbing a bit of this will make you feel like part of the posse. A few puffs and you’ll understand why it’s a cult classic, beloved by recreational and medical users alike. Try Snoop Dogg OG the way it was intended and wrap it in a flavored blunt for maximum enjoyment.

Snoop Dogg OG is an indica dominant hybrid (70% indica/30% sativa) strain named after the rapper Snoop Dogg himself that is a potent cross between the hugely popular Lemon OG X Sour Diesel strains. This dank bud boasts an insanely high THC level ranging from 22-28% on average and a combination of both indica and sativa effects. Snoop Dogg OG users describe the high as wave after wave of racing euphoric creativity and happiness that intensifies as the high continues. This uplifting cerebral high slowly ebbs into a balanced focus with mild couch lock and an overwhelming case of the munchies. Due to these potent effects, Snoop Dogg OG is ideal for treating patients suffering from chronic pain, stress or anxiety, and muscle spasms. Snoop Dogg OG buds have large dense spade-shaped dusty green nugs with minty green patches and leaves. These nugs are spattered with a layer of thin twisty fiery orange and rich amber hairs and a fine layer of white crystal trichomes and sticky sweet resin. Snoop Dogg OG has an iconic aroma of earthy lemon with a pungent hint of diesel and a taste of spicy earth with a potent aftertaste of sour lemon diesel upon exhale.

Despite being named after the internationally known rapper and cannabis aficionado, Snoop Dogg OG is an indicia-leaning strain that is shrouded in mystery. It is reported as likely having Lemon OG and Sour Diesel genetics, similar to OG Kush, which is said to share the same sour, earthy flavor profile and strong diesel scent. Snoop Dogg OG nugs have been described as having a mint green color, spotted with sparkling trichomes and wispy russet stigma hairs.

While the strain doesn’t appear to be readily available in seed or clone form, grow reports claim that this strain has a relatively short flowering time of eight-to-nine weeks indoors or a late-September to early-October harvest when grown outside in the Northern Hemisphere.