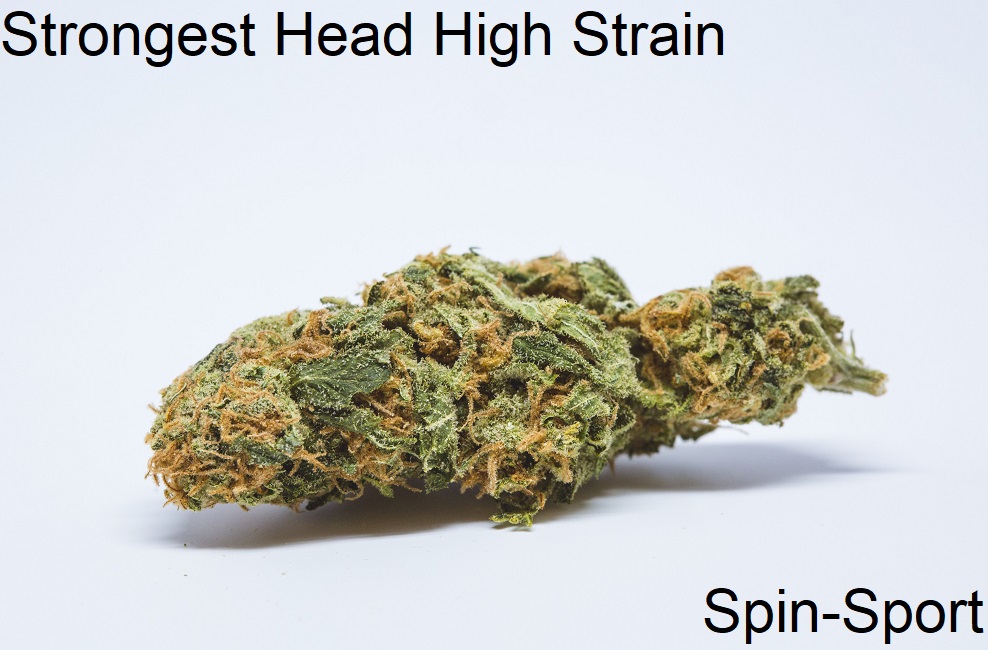 High THC strains have always been in demand, but especially so after the Cannabis Cup pitted US growers against each other, making it a genuine, bona fide competition with machines doing the measuring.

At first, the Cannabis Cup was a relatively small competition in Amsterdam that started in 1988. It’s been held there every November until 2015.

At that time, cannabis legalization started picking up steam in the United States, which pushed cannabis production to a whole new level.

After the 2014 event, Cannabis Cup became the High Times Cannabis Cup, and it was announced that in 2015 the event will be moved overseas to the United States.

Just like with everything else—when America gets involved, things start to get blown out of proportion.

Ever since, each consecutive event has brought higher and higher THC levels to the table.

What Is Considered a High THC Strain?

If you ever talked to a veteran cannabis user, you’ve inevitably heard the “in my time, weed was not this strong, and we still got high” story.

The premise is that the numbers cannabis growers were getting in the earlier days were mostly up to 10% THC.

However, this wasn’t always the case.

The numbers often came from the Police Departments, District Attorney’s offices, or similar authoritative agencies, and they showed the potency of the weed they confiscated.

The confiscated weed usually came from Mexico, was of low quality, and almost always tested below 10%. This low quality, cheap weed was called “brick weed” and it was one of the biggest problems during the war on drugs.

Cannabis in 2020 is much different, and that is in part due to legalization in the US.

Homegrown weed is more present, and products often leak from dispensaries to streets through the hands of their customers.

There is a bunch of different names for good weed today, so if someone says chronic, dro, sensimilla, dank, kush, skunk, haze, or “that good good”, you know he’s not looking to buy a bag of seedy brick-weed.

So, with that change, the expectation of cannabis consumers in the US started to increase.

Good weed was in demand.

The Rise of Elite Weed

Over the course of the early 2010s, we saw the rise of an “elitist” smoking society, if I may say so.

Cannabis strains that tested for over 20% THC were being grown left and right.

Once again, keep in mind that the test results displayed on the packaging of the products displayed in dispensaries can be skewed and misleading.

Since we are looking for only the highest THC strains in this article, we won’t take into account some other factors, such as CBD levels and genetics. However, it’s good to know that the presence of terpenes can greatly contribute to a user’s experience of the strain’s potency.

Sativa strains are generally known to be uplifting, high in THC, and they are very good for growing outside.

They tend to be taller than Indica plants, with long branches and thin leaves. They are used to all types of weather and they can be exposed to the elements without suffering.

Pure Sativa strains take longer to flower. They can grow a lot and become quite hard to maintain and harvest at the right time because of their size.

It’s important to note that we will also include a couple of Sativa-dominant hybrids in this list as well, asde hybrids usually tend to be more potent than pure strains.

This strain is a pure Sativa which was made by crossing Thai and Mexican/Colombian genetics.

Destroyer has about 20% THC, which is pretty high for a pure Sativa. It was first grown by CannaBiogen.

Smoking on some Destroyer will leave you with a somewhat cerebral effect, but mostly uplifted and energetic.

One of the reasons why we included this strain in the list, aside from its high THC content, is because it grows faster than most Thai-crosses.

It is mold-resistant and usually flowers in about 8 to 12 weeks. It gives off a sweet taste and a very strong smell of lavender.

This strain got its name after the highest mountain in Africa. The name is very appropriate as this strain also has one of the highest THC contents of all Sativa strains.

It is a landrace that was first grown on the mountain slopes of Tanzania. Just like with most Sativas, this strain’s effects are primarily energetic and uplifting.

It gives off a taste of citrus fruit and spices and has a very pleasant aroma.

Kilimanjaro is one of the highest THC strains in Canada, as it is popular among users in Calgary, Toronto, and several other bigger cities across the Big North.

This strain was largely grown in Europe before coming to Canada and the US, and can have up to 20% THC.

You can find Kilimanjaro on sale at the World of Seeds and Delicious Seeds.

It was brought over to the US by returning soldiers from the Vietnam War in the 70s and 80s.

Thai usually has a strong, distinct fruity, citrus aroma. The flavor is somewhat different though, as users say it tastes earthy and somewhat woody. It’s a bitter taste all-together, but a great high.

This strain will definitely keep you uplifted and focused; just don’t smoke too much of it as the high is intense.

Thai is popular across the United States, although it is easily found only in Washington state and Portland. It also has a large presence throughout Canada.

Since this strain is so popular, seeds can be found on sale online on several popular websites.

Ghost Train Haze may be the most popular Sativa-dominant hybrid out there. It was named by High Times as one of the “Strongest Strains on Earth”.

This strain is a mix of Ghost OG and Neville’s Wreck. Its genetics are 70% Sativa and 30% Indica, although we still listed it here because of its effects.

Ghost Train Haze has the prototypical Sativa profile, as it will give you a high which is energetic, uplifting and uplifting. If you are naturally creative, this strain will awake that in you!

It once tested for 28% THC, which is probably the highest result a Sativa tested for, although this isn’t confirmed data.

Only when you taste this strain will you see the India presence in it, as it gives off a bit of a kushy flavor, with just a hint of fruit.

The seeds are sold online by the breeder Rare Dankness, but you can also buy it in many dispensaries across the US.

This is one of my personal favorite strains. It honestly reminds me of college and the times I smoked the strongest strain in my life.

Trainwreck genetics go far back, as it was first made by crossing Mexican, Thai and Afghani, which are all known to be strong landraces.

While Mexican and Thai are pure Sativas, Afghani is a pure Indica. This mix is what gives Trainwreck its potency, but also the reason why it kept its Sativa-like effects.

Since it won a couple awards in the past, Trainwreck became hugely popular in all places across the US and Canada. It is also loved among growers because it is easy to grow, and has a very high yield.

Trainwreck seeds can be bought online in just about any seed bank, while the flower can be often found in dispensaries in Oregon and California.

Sour Diesel has been a fan favorite for years, however, it somewhat fell out of favor with the introduction of newer strains, especially easy-to-grow hybrids with similar effect. Sour Diesel boasts an average testing of 19% THC, and is known for its thick colas that are notoriously hard to grow.