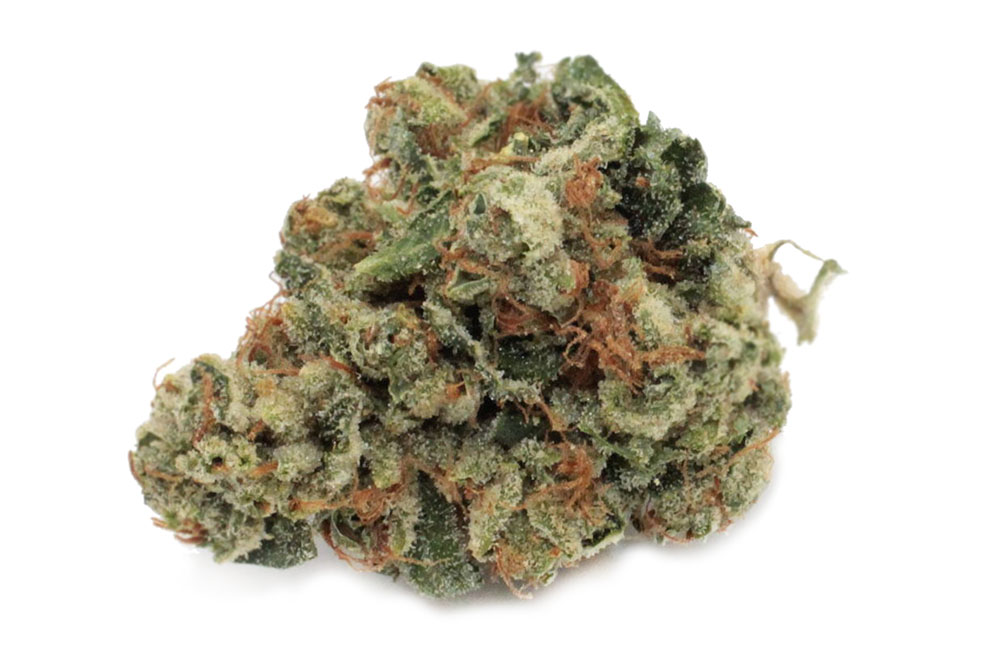 We have no idea why this strain is named after the famed hero. Sure, Superman OG has been tested to have as high as 27% THC, meaning it is highly potent. But rather than make one super strong and able to leap tall buildings in a single bound, what this hybrid does is to ease the user into a complete state of relaxation. In some cases, there are users who are too relaxed that they find themselves glued to the couch.

It appears that there are Superman OG strains out in the market that are crosses of strains other than the recognized originals. In some ways, this is due to the lack of information regarding it. For instance, we do not even know who the original breeder was. Having said that, we do know that it is a two-way cross between Tahoe OG and Bubba Kush.

It should be noted too, that one source of confusion on the genetics of Superman OG could be traced back to one of its parents. Tahoe OG, depending on the breeder, could either be Indica or Sativa dominant. As such, it is possible for several growers to breed Superman OG using the same parent strains, but while one could be Indica dominant, the other could be Sativa dominant. Because of that, each version of Superman OG from different breeders are likely to have differences.

Since the beginning, Superman in its various iterations always came from Krypton. But for the Superman OG strain, we have to wonder.

Even if its Sativa side is well below 20%, Superman OG still delivers a great cerebral high. One thing for sure, this hybrid is an effective mood changer. As alluded to earlier, it is a potent strain hence smokers may even feel euphoric. Of course, that is a good thing. Smoking marijuana is about having fun as much as it is for medical use. As such, one reason for using weed is to feel happy, and in this sense, the strain does not disappoint.

But soon after the cerebral effects, it is followed by a sedative-like body high. For some, at the onset of using this strain, they may even feel a slight energy boost, but that is now offset by the numbing feeling. As a result, the user is bound to feel relaxed. Used at the end of the day, or on days when there is nothing to do, this strain is a great choice.

At this point, and an hour or two later, the smoker is bound to feel hungry and sleepy. So, now there is a dilemma. Should one go for food? But it feels too good to stay on the couch or bed.

In terms of its fragrance, Superman OG is not bad at all. In fact, most cannabis users should find the skunky scent with a distinct smell of pine agreeable.

Where Superman OG excels in its effects, it does seem to come a little lacking when it comes to its odor. But carrying over to its taste, the hint of earth and wood is more distinct, hence enhancing its flavor, especially the sweet aftertaste.

There is no other way about it, but smoking weed does cause a few adverse reactions. A couple of them are more pronounced as smokers tend to feel their mouth and eyes drying. For the uninitiated, hydrating by drinking a lot of water eases those symptoms.

Other than dry mouth and eyes, there are not many concerns, unless one uses too much.

There are a couple of benefits to the sedative-like properties of Superman OG. While its high potency does tend to leave some on couch-lock, it does wonders for medical cannabis users. For instance, the numbing effect it has on the body do offer some kind of pain relief. This effect is especially useful for patients who are suffering from pain. Also, combined with the Sativa effects of uplifting mood, it can help users de-stress.

As mentioned earlier, users tend to feel hungry and sleepy. In that way, Superman OG may be beneficial to those who need to improve their appetite, as well as insomniacs.While it is possible for a user to feel both at the same time, it should be noted that there are people who experience one of the two.

There is not much information on growing Superman OG. Looking at both its parents, it is safe to say that the plant will thrive in a climate similar to that of the Mediterranean. Also, while it is possible to grow outdoor, it may be more suitable for indoor cultivation. If so, growing the plant using hydroponics and using the Sea of Green (SOG) method will shorten its flowering time.

We can only estimate its yield based on its parents, and that should be around 10 to 14 ounces per square meter with flowering period expected as early as 7 weeks.

Grown outdoor provided it is legal, the estimated yield per plant should be around 14 ounces, possibly more. Plan to harvest by October, somewhere between the first two weeks.

Have you ever smoked or grown your own Superman OG? Please let me know what you think about this marijuana strain in the comments below.