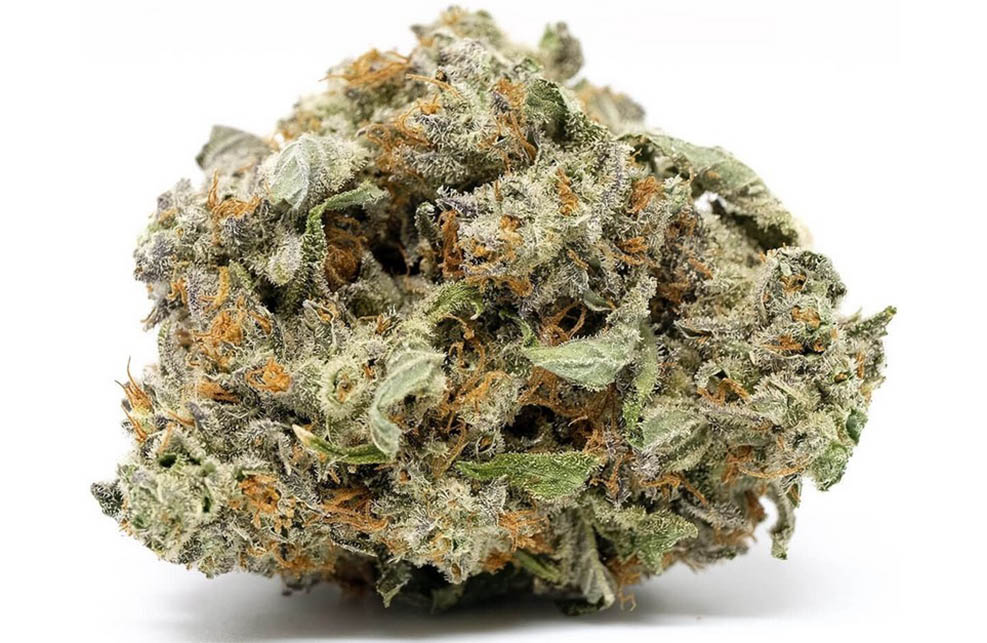 Breeders and cannabis connoisseurs keep coming up with new strains. Also, because they name them after so many different things, it is not surprising to see one named after a watermelon. So far, what we know is that this 80% Indica strain delivers a host of beautiful effects on users.

The Watermelon strain is a super juicy and delicious strain that is reminiscent of watermelon, fresh berries, and candy. It’s bursting with flavor, and is just one of the reasons Watermelon is such a hit. This strain also simultaneously offers relief from stress, fatigue, and chronic pain, so it’s perfect for those suffering from muscle conditions, arthritis, or mood disorders alike.

To be honest, we do not know where this marijuana hybrid came from nor who the breeder was. In fact, we do not even know its genetic lineage. About the only thing that we know is that it is mostly an Indica strain and that it delivers a heavy body high.

For a moment, let us take THC content into consideration. Once it reaches 20%, then we know a strain is potent. So, in the case of the Watermelon strain, users should understand their limits. As for new users, or those who are using marijuana for the first time, better use this one with caution.

Watermelon, with only 20% Sativa side, may not look promising in as far as delivering a mental high. But that is far from the truth. Soon after users begin using this pot, it starts to induce a sensation of happiness. Also, a lot of people who used this strain reported feeling euphoric. If an experienced user did not know any better, they would think that the strain has a larger Sativa side.

After a brief moment, the mental buzz creeps down to the body. Like most Indica strains, users tend to feel their muscles relaxing. Some potent strains may deliver waves upon waves of an intense body high. But that is not how the Watermelon works. Instead, it continues to intensify without users realizing it.

Due to its sedative-like properties, we know it has incredible benefits for medical cannabis users. On that, we will cover in another section.

At the peak of the body high, some users are likely to feel a little lazy. Even so, and this is the beautiful part about using Watermelon strain, the users can fight off the effects if there is something that needs to be done. As such, it can be used during daytime, but only if users can control themselves and avoid overindulging.

One thing is for sure. Watermelon strain comes with a scent that most people will find appealing. By now, it is evident why the strain is named after a fruit. It comes with the sweet smell of watermelon mixed with the traditional kush odor.

As one might expect, the watermelon scent should carry over to its taste, right? But that is not the case, as the strain has a more grape or berry like flavor.

So, understanding that the strain is potent, it means that it is best to use it in small amounts. Anyone over using, deliberately or due to underestimating it deserves to have a watermelon dropped on their heads. In fact, that is how some people feel while using it. According to a few users, they experienced a mild headache.

Other than that, the other adverse reaction that is likely to happen as a result of using too much is experiencing dry mouth and eyes. Of course, this is pretty much the case with the use of any marijuana strain.

Finally, one last thing that is good to know is that there are instances when users may feel paranoid. It does not happen often, but if it does, try another strain next time.

We have seen a wide array of results for Watermelon cannabis’ THC content. The average THC content ranges from 11 to 17% but can top out at 20%. We have heard unsubstantiated stories which claim certain cuts have a THC level of 29%.

Some cuts of Watermelon have a CBD level of 1%.

What Can I Expect When I Use Watermelon Weed?

Watermelon is a popular recreational marijuana option because of its uplifting yet relaxing effects. If you are feeling a bit listless and down, a few tokes of Watermelon could improve your mood and even give you a feeling of euphoria for a short time. Once you have experienced the cerebral high, this strain makes its way through the body and helps alleviate mental and physical stress.

At the beginning of the high, you may experience fits of laughter for no particular reason, as you understand what joy really feels like. As the high expands, it helps soothe your body, and you may feel a sudden urge to lie down. If you consume a lot of Watermelon, there is a decent chance you’ll slowly drift off to sleep, far away from a world of worries. As such, we recommend using this strain in the late evening to de-stress.

Its ability to calm the muscles and induce a complete body relaxation is one reason why it is great for stress relief. Not to mention, the mental high it delivers influences happiness. As such, any strain that can reduce stress is likely to be beneficial to mental health issues such as depression.

Because this is a heavy hitting Indica-dominant strain, and due to its sedative-like property, most users do feel sleepy afterward. For that reason, it can help patients suffering from serious illnesses sleep better. Even for people who are suffering from pains or aches in their bodies, Watermelon strain can help with that too.

One thing about using this strain is that it causes users to feel hungry. Not all, but most people have a case of the munchies as its effects fade. It takes a little bit of an effort, but users can get up to get food to satisfy their hunger pang.

We have no information on the availability of seeds. So, at this time, we have to assume that it is clone-only. From how it looks and as far as we have gathered, the plant grows in outdoor and indoor. As always, we recommend using hydroponics indoor to have complete control over its growth.

Being an Indica-dominant hybrid, we estimate its flowering time to be at 8 to 9 weeks. A safe assumption on its yield per square meter is around 12 to 16 ounces.

Watermelon strain is likely ready for harvest during the first week of October. Of course, it could be a week earlier. At any rate, each plant should yield around 16 ounces.

Have you ever smoked or grown your own Watermelon Kush? Please let me know what you think about this marijuana strain in the comments below.