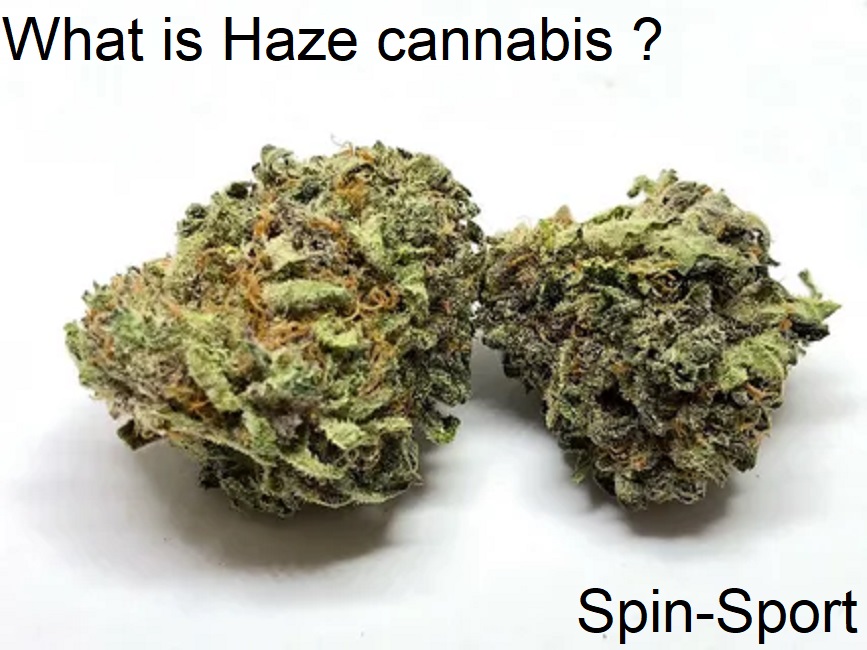 The Haze family line is one of the most THC-potent strains that cannabis has to offer. It is adored for its uplifting, euphoric, and even psychedelic mental experience while allowing the user to remain physically active.

HAZE STRAINS — THEIR HISTORY AND ORIGINS

Haze strains are among the most popular sativa-dominant, or nearly pure sativa hybrids. Cannabis smokers all over the world enjoy Hazes for their long-lasting, energetic head high that doesn’t glue them to the couch. They also like them for their outstanding aromas, which often blend intense spicy notes with fruity, sweet and earthy undertones.

Yet, Haze strains are not really what one would call a favourite among growers, since they can be quite difficult to care for. They can be picky and unforgiving and require careful attention to achieve good results. The flowering time of Hazes can also be excruciatingly long: some haze strains take up to 16 weeks for the plants to mature. Because of these downsides, Haze strains may be less suited for beginner (or impatient) growers. On the other hand, those who grow Hazes don’t usually mind the hassle. They know that their hard work and patience will be rewarded with the best cannabis one can grow!

THE STORY OF THE HAZE—THE ORIGINS

The story of Haze family of strains begins back in the 1960s and 1970s on the West Coast of the United States. It is believed that the first Hazes have been created by two growers in Santa Cruz, California, the legendary “Haze Brothers”. The alternative medicinal journal “Treating Yourself Magazine” has an article in their #14 issue where they say that Sam “The Skunkman” (the legendary breeder of the Skunk #1) knew the two brothers, “R. Haze” and “J. Haze”. The article continues to say that the two didn’t really set out to breed a particular strain, but that it happened by pure chance when they hybridized some seeds which they had available at that time.

WHAT’S IN A HAZE? NO ONE REALLY KNOWS

The exact genetics behind the Haze are not known and are subject to speculation. Back at the time when the Haze Brothers experimented with their strains, many different cannabis varieties entered the West Coast of the US. It is possible that the first Hazes were crosses between Columbian Gold and Thai landraces, but it’s as much likely that their roots are with Acapulco Gold and Indian landraces, or maybe a combination of all of these.

According to cannabis folklore, Hazes went almost extinct at some point. The reason for this is supposedly the fact that growers didn’t like them too much because the strains were difficult to manage and took a long time to flower.

HOW THE HAZE MADE IT TO EUROPE

How exactly the first Haze seeds made their way from California to Europe is also shrouded in mystery, and there are many stories on how it supposedly happened. Some say that it was Nevil Schoenmakers, the legendary breeder and “cannabis king”, who may have gotten seeds directly from the Haze Brothers in 1969. He would go on breeding the strain and sell it through the famous “The Seed Bank of Holland”, the first seed bank in Europe.

Other sources say that Sam “The Skunkman” brought the seeds to Europe, as he was friends with the Haze Brothers who may have given him seeds sometime in the early 80s. And then there are those who say that it was the Haze Brothers themselves who made a visit to Europe with some seeds in their baggage.

But no matter how the seeds arrived in Holland and who brought them, it didn’t take long until most of the early seed banks were carrying Hazes in their catalogue.

A lot happened since that time in the early 80s, where seed banks carried Hazes with the original Haze Brothers genetics. Many of these early seed banks are now gone and their stock is lost, or has been merged with other brands. Because of that it can be quite difficult to get your hands on the original genetics. Rumour has it, however, that if you just know whom to ask, you may still find a place where you can enjoy one of the original Hazes, like back in the day.

Yet, the popularity of Hazes among cannabis smokers has also given rise to many new hybrids that have their roots in Haze genetics. Some of these new strains may still have the original genetics, or may come close enough, while some other strains add new twists on this timeless classic. Haze legacy, started more than three decades ago, is still very much alive today.

Here is a list of some of the best Haze varieties that you can get in the Royal Queen Seeds online store:

The award-winning Shining Silver Haze is a mind-blowing cross between Northern Lights, Skunk and Haze. If you can wait the 9 to 11 weeks, which the lady requires for flowering, you will be rewarded with good amounts (up to 650g/m²) of some truly outstanding bud. With her powerful and long-lasting sativa effect that is uplifting, creative and energetic, she is a big favourite among sativa lovers. She also has a deliciously sweet flavour, which gives the strain a pleasantly smooth smoke.

Our Chocolate Haze, a cross between OG Chocolate Thai and Cannalope Haze is a big favourite among those who like their smokes super-tasty. Along with her deliciously sweet chocolate flavours that will make your mouth water, she will give you the perfectly matching high. Take a few puffs, and her sativa effect will make you happy and euphoric, and will lift your mood in no time! This is a great strain to enjoy in the afternoon if you want a clear high for inspiration, creativity and new insights. Her flowering time is 9–10 weeks and she can yield as much as 525g/m² indoors.

Our Amnesia Haze is yet another spectacular haze hybrid that that scores big among cannabis enthusiasts. The winner of multiple cannabis cups shines with powerful high, supreme flavour and impressive yields. You won’t need much of this 70% sativa to get extremely high thanks her high level of THC, measuring at 22%. Since she has indica genetics in her as well, she doesn’t just give you a powerful head high. Her effect is also extremely relaxing, which makes her high nicely balanced. Indoors, you can expect to get as much as 650g/m² in a flowering time of 10–11 weeks.

Lemon Shining Silver Haze, a cross between Shining Silver Haze and Lemon Skunk, delights with a powerful sativa effect and adds to it deliciously fresh, sweet and slightly sour citrus flavours. The lady is so potent (up to 25% of THC) that she won the 2008 Cannabis Cup no sweat! With her energizing and uplifting sativa effect, she is an ideal daytime strain and perfect if you want a boost of inspiring motivation and creativity. For a Haze hybrid, she has a decently short flowering time of 8–9 weeks. Plant your seed, and you can look forward to harvest up to 475g/m² indoors and 500g per plant if you grow her outdoors.