What's in a White Russian - WeedPedia
Skip to content 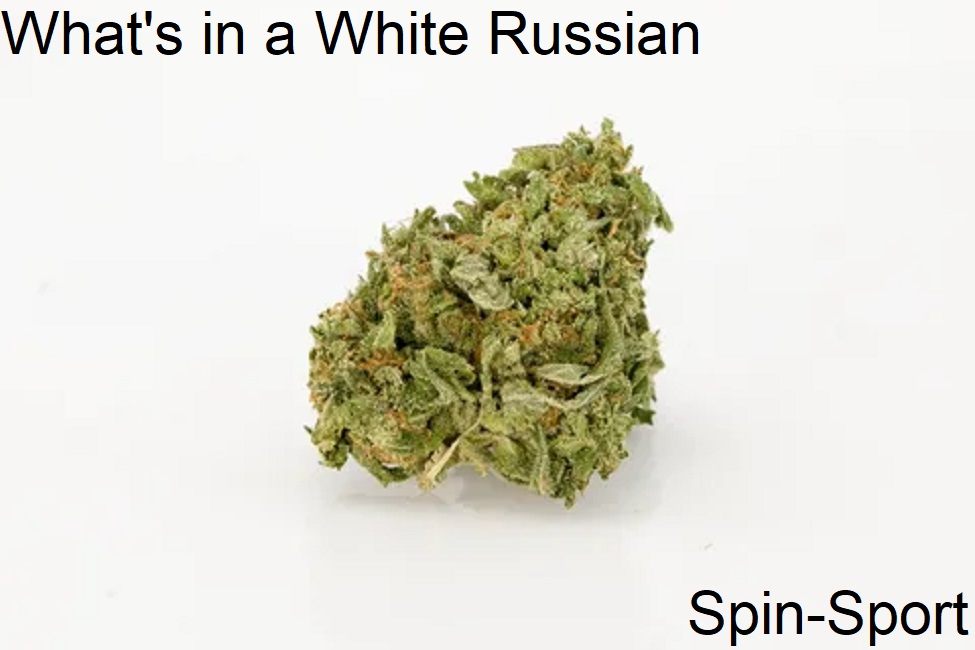 This cocktail’s story is a tale of evolution rather than a moment of brilliant creation. During and before the 1930s, vodka wasn’t popular in the U.S.—or respected. In 1933, William Guyer, the author of the cocktail tome The Merry Mixer, went as far as to define vodka as “Russian for ‘horrendous.’” Despite the spirit’s reputation in America, the 1930 edition of the Savoy Cocktail Book included four vodka cocktails. One was “the Russian”: an equal parts mixture of vodka, gin, and crème de cacao. Gross.

Luckily, “the Barbara” was also included. This concoction is much more appealing: two parts vodka, one part cream, and one part crème de cacao. At the time, cream wasn’t used in cocktails outside of the frilliest frou-frou drinks one could find. After World War II, the Barbara was renamed “the Russian Bear,” perhaps with cream’s aforementioned reputation in mind. It didn’t take long before “the Russian Bear” and “the Russian” began to merge into the same drink as bartenders experimented with ingredients, and the gin was thankfully dropped. Once again, this cocktail came to be known simply as “the Russian.”

Other changes were at play. Coffee liqueur was growing in popularity. Kahlùa was first shipped to the U.S. in the 1940s and it quickly gained a foothold. Bartenders took to using it in place of other ingredients in existing cocktails, like crème de cacao or cream. With one substitution, “the Russian” came one step closer to becoming the White Russian we know and love today.

At least one bartender is given full credit for inventing the White Russian’s sibling, the Black Russian (which is the same drink, minus the cream). As the legend goes, and as Fabulous Foods reports, bartender Gustav Tops created it at a Brussels hotel in 1949 for U.S. Ambassador Pearl Mesta. (Despite this story’s prevalence, there’s little historical documentation to back it up.)

At the time, Tops’s creation would have simply been called “the Russian.” It’s hard to pinpoint when the two cocktails finally split their shared moniker, but some evidence points to the late 1950s or early ’60s. As Esquire‘s David Wondrich writes, the 1961 Diners’ Club Drink Book used the name “Black Russian” to refer to the cream-free tipple. In March 1965, a recipe for the White Russian was printed in an advertisement in the Boston Globe for Southern Comfort’s now defunct brand of coffee liqueur, Coffee Southern.

The White Russian remained a somewhat popular drink for more adventurous vodka enthusiasts until the 1998 release of The Big Lebowski catapulted it into becoming a pop culture institution.

Nowadays, there’s a Lebowski-themed bar in Iceland with a dedicated White Russian menu. Lebowski-themed parties and festivals serve White Russians by the gallon, and a quick Google search for “Big Lebowski drinking game” yields tens of thousands of results—some less advisable to follow than others.

The White Russian is a decadent and surprisingly easy-to-make cocktail. Combining vodka, Kahlúa and cream and serving it on the rocks creates a delicious alternative to adult milkshakes.

The White Russian came about in the ’60s when someone added a bit of cream to the Black Russian, rendering it white. Neither drink is Russian in origin, but the name refers to the vodka, a spirit often associated with Russia.

It would be a great story to say that the White Russian’s star rose from that point on, but that would not be true. The truth is the White Russian suffered a bit from a stodgy, antiquated reputation until the 1998 movie “The Big Lebowski” came along and breathed new life into the cocktail with Jeff Bridges’ character, the Dude, sipping it exclusively—and constantly. It’s one of popular culture’s best drinks-related successes, right up there with Carrie Bradshaw’s impact on the Cosmo. Of course, if you want to order it like the Dude, throw in the occasional call for a “Caucasian.” The barkeep will know what you mean.

When making a White Russian at home, choose a decent vodka (a Russian one, if you want to stay on theme) and a good heavy cream. Half-and-half can work in a pinch, but milk will produce a thin drink. Remember: You’re aiming for decadence.

Get a recipe: White Russian Cocktail

Traditionally made with equal parts vodka (hence the “Russian,” although the drink supposedly originated in a Dutch bar), coffee liqueur, and cream, I admit that the White Russian is … not an interesting cocktail. It’s not obscure or mysterious or edgy. However, Dominic Whisson, a hospitality consultant and former bartender at the American Bar at the Savoy in London, tells us (okay, me) to take heart: “My 70-year-old mum knows what’s in a White Russian, and so do many people who don’t drink cocktails on a regular basis, and that’s the magic — it’s accessible to everyone.”

This idea of accessibility, of ease — even if it’s not cute, or sexy, or cool — feels like it’s become emblematic of my 2020 self-care strategy. In a year when I didn’t have “global crisis” on my bingo card, I’m learning to not overcomplicate things and accept softness where I can find it, even if that needs to be a beloved, ridiculous sweater and an extremely basic cocktail.

Whisson agrees, bless him: “I think people are a lot less embarrassed these days by their personal choices and have embraced drinks that might have some social stigma surrounding it,” he says. I think that’s a kind, diplomatic way of telling me not to sweat it and drink what seems to fit the moment. And if there’s any moment for a White Russian, it’s this one.

So I’ve learned to drink my evening beverage proudly, even if it’s not cutting-edge or artisanal. I did end up texting my friend about it, and you can consider this my public admission. I’ll even double down with an assertion: The humble White Russian is underrated and may even improve what’s left of this garbage year. In fact, I’m finding that White Russians are particularly parenthood-friendly: None of the ingredients are particularly costly (because you’re spending a small fortune on snacks and also various out-of-season berries, wow), you can find the ingredients in an ordinary grocery store (if yours sells alcohol), and simple, forgiving proportions mean you can whip up a serviceable one quickly and after even the toughest days. Whisson assures me there are ways to make the cocktail more special, with things like local dairy or small-batch single-origin coffee liqueur or vodka made from milk. Those things sound nice, don’t they? Maybe I’ll try them in 2021.