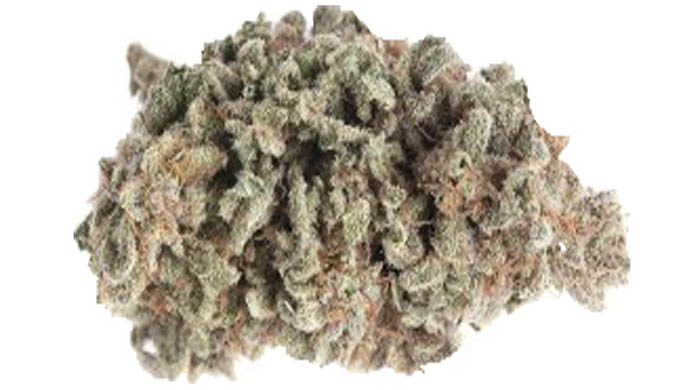 If there is anything else that can make a potent strain even better, it has to be a great combination of flavors and aroma. Apparently, a fragrant and tasty weed makes every pot session even more enjoyable. Simply put, these traits are what spices up a strain’s overall stone.

Any experienced cannabis user knows that one of the most sought after weed flavors in the market are those with a fruity twist. By fruity, this means that the flavors can range from tangerine, berry, mango and practically almost anything that reminds one of a particular fruit.

As a result, most breeders highlight this particular characteristic when naming their creations to gain more attention from users who would love a fruity hint when smoking their weed. So, just imagine having to smoke a type of marijuana that does not only put you in a pleasant mood but engulfs you with some fruit-flavored smoke at the same time. Surely, the experience is next to none.

That is exactly what the White Berry strain offers. Being a moderately potent strain, its widely recognized fruity flavor is the cherry on top–or to be more precise, the berry on top. Check out the following information below to know more about White Berry’s whole profile.

White Berry’s place of origin is in Netherlands. The original breeder of White Berry has kept the information about its real genetic origin to themselves which kept everyone else in the cannabis community guessing about its true lineage. Nonetheless, the most common theory involves DJ Short’s Blueberry and the infamous White Widow strain.

White Berry has first entered the cannabis markets in 2007 and has, since then, been referred to as Berry White or Blue Widow. It has also been recognized as one of the Top 10 strains by the High Times magazine.

What Is the Berry White Strain?

Berry White is an indica-dominant hybrid strain which is the result of crossing the indica strain Blueberry with a hybrid strain White Widow, hence the name Berry White. It is quite a potent strain, with THC levels ranging between 19-25% and generally averaging around the 22% mark. This makes it perhaps more suitable for a seasoned cannabis smoker rather than a novice. Its high THC level is offset by a CBD level of approximately 0.1%.

Berry White’s effects are what you would expect from an indica-dominant hybrid. Smokers of Berry White weed rave about its indica effects, which deeply relax both body and mind, making it a great choice for those who just want to kick back and relax. As Berry White is a hybrid, smokers also receive the welcome positive effects of its sativa genetics, which leave smokers of this strain feeling uplifted, happy and euphoric.

White Berry is known to be mostly Indica. The majority of the sources would say that it has a ratio of 65:35 Sativa to Indica concentration while a few would argue that the strain could contain as much as 75% Indica. Either way, the strain appears to be a well-balanced hybrid that offers a satisfying stone to both experienced and novice users.

With a maximum of 18% THC concentration, the strain is quite tolerable even for beginners. In lower doses, White Berry offers an immediate soaring euphoria that is accompanied by a happy and uplifted feeling while improving the user’s sense of focus and stimulating creative thoughts at the same time.

Despite its rather mild potency, White Berry can quickly overwhelm users with its Indica effects if taken in higher doses. The strain is capable of sending users into a deep state of relaxation that can potentially lead to couchlock if users overindulge.

Possible Side Effects of the Berry White Strain

The number one side effect associated with Berry White is a dry mouth, with smokers rating it at ten out of ten in terms of severity. The next highest rated negative effect is dry eyes, with smokers rating it a seven out of ten. While smoking Berry White weed will leave you feeling deeply relaxed, it is not known for the producing the negative couch-lock effect of some other strains.

As its name suggest, White Berry gives off a strong sweet berry aroma with hints of sour fruit especially when smoked. Some would describe its scent as that of a citrus lemon than a sour berry. Nonetheless, users seem to enjoy its aroma either way.

White Berry’s flavor is one thing that this strain can brag about. It is blessed with the sweet and fruity tastes of blueberry, apple, and grape coupled with some hints of sour earth especially upon exhale. The longer the strain burns, the more intense these flavors get.

Although White Berry tastes and smells like candy, it is not entirely harmless. Apparently, no cannabis variety is. This is because, one way or another, the plant can potentially cause a few adverse reactions.

In the case of White Berry, there is a greater chance for a user to experience dizziness and dry mouth while smoking the strain. The former is more likely to happen when users overindulge. Other side effects can include dry eyes, mild paranoia, and headaches.

Looking at the CBD level of White Berry, one cannot expect that its 0.23% maximum CBD concentration is enough to provide symptom relief.well, in reality, it does seem to work out well for some users.

Due to the uplifting high of White Berry, it is known to be an effective stress-reliever and anti-depressant alternative for patients suffering from such conditions. At the same time, its mild analgesic properties may provide temporary relief for patients who are in pain due to headaches, muscle spasms and other types of minor aches.

Good news for novice growers! White Berry may be a good choice for those prospective growers with no to little experience in growing cannabis. The plant may be grown indoor or outdoor and can thrive well using the SOG method in soil or hydro medium.

The Berry White strain is generally considered to be a relatively easy strain to grow for a number of reasons. It is naturally highly resistant to mold and mildew, which means that humidity levels while growing aren’t as much of a concern with this strain. Berry White grows well with just moderate feeding, making it a fairly low maintenance plant to grow.

A Berry White plant is naturally quite compact and doesn’t require much pruning in order to keep it under control. Training the plant and removing the lower foliage will help provide more energy to the buds and will boost the overall yield.

Berry White is generally considered to be a relatively easy strain to grow for a number of reasons.

You can grow your Berry White seeds either hydroponically or in soil. Growers using the hydroponic method find that it helps with resin production, while growing the seeds in soil is said to maximize the plant’s blueberry flavor and aroma.

For those growing outdoors, Berry White thrives in a warm, dry, sunny climate. The optimal temperature range for this particular plant is between 70-80 degrees Fahrenheit. The flowering period of a Berry White plant is short, between 7-8 weeks.

However, if one chooses to cultivate White Berry outdoor, the plant should get enough sunlight in order to maximize its growth.

Indoor cultivation of White Berry will result to a flowering time of 7 weeks regardless of which growing method the growers chooses. The expected indoor yield is about 14 to 15 ounces per square meter.

If cultivated in an ideal outdoor growing condition, the buds of White Berry may be harvested by early October. This type of cultivation should produce a yield of about 17 ounces per plant.

As Berry White has quite a high THC level (averaging around 22%, but it can be as high as 25%), more novice smokers have found this particular strain too strong, experiencing dizziness, as well as increased anxiety and paranoia. This one may be more suitable for a more experienced cannabis smoker.

Berry White is a good choice for a more seasoned cannabis smoker due to its potency. Its effects are beneficial for both recreational and medicinal cannabis smokers due to its relaxing properties combined with its effectiveness at boosting mood and alleviating stress and anxiety.

Its effects are beneficial for both recreational and medicinal cannabis smokers.