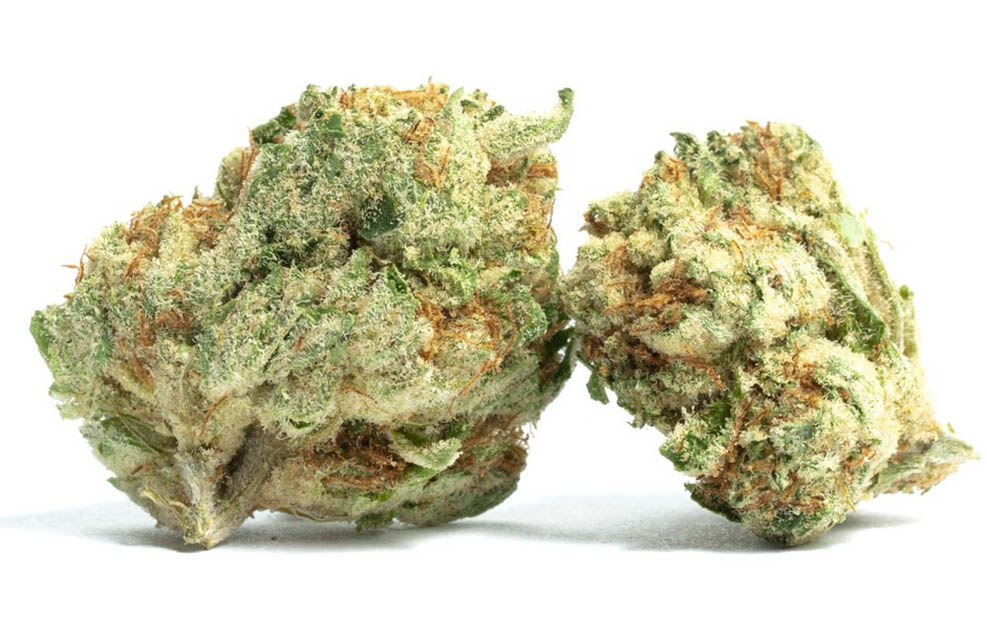 According to Crop King Seeds, the strain has a slightly indica-leaning lineage and Dutch origins. It reportedly grows tall with physical traits of both its mother and father, and produces high yields ranging from 200 to 400 grams, or 7 to 14 ounces, over a 63-day flowering period. Moderately easy to grow either indoors or outdoors, White Cookies delivers relaxed, euphoric, and body-centric effects, according to Crop King Seeds. According to the seed bank, this strain is also used medically to boost moods and treat pain, loss of appetite, and nausea.

There are a lot of marijuana producers who are trying to separate their cookie strain from the competition. As a result, brands are starting to cross it with exotic strains in an effort to stand out in the cannabis industry. White Cookies is one such strain.

It’s a genetic combination of White Widow and Girl Scout Cookies strains, which makes for a wonderful concoction. Currently, many believe it to be one of the best strains on the market.

White Cookies is an indica-dominant hybrid strain of marijuana. It’s a cross between White Widow and Girl Scout Cookies that was originally bred by the Canadian seed bank, Crop King Seeds. The idea was to combine the best of a classic strain with the best of a popular favorite. The White Cookies strain is 60% indica and 40% sativa. The seed bank lists the strain as containing 19.25% THC and 0.75% CBD.

Featuring a very strong and potent THC level, White Cookies weed is best to be enjoyed by experienced users. Beginners and users with a low tolerance should be cautious of the dose they use to avoid couch-lock. Although White Cookies is an indica strain, the THC content is more in line with a sativa-dominant strain, so it offers users the best of both worlds.

You can expect this strain to give you an uplifting euphoria that relaxes the body, enhances the mood, and relieves pain. A combination of both its parent strains, White Cookies, begins with a head rush of a high that’s both euphoric and relaxing.

Many users find themselves becoming more social and giggly after taking a hit, with all their worrisome thoughts being completely erased. White Cookies definitely makes users feel stoned and will leave you feeling relaxed.

Due to its well-balanced high, White Cookies is good for day and evening use. Something important to note is that some users experience extreme munchies after smoking White Cookies. So keep some snacks close by and in large quantities.

This strain is not easy to find in dispensaries, so when you get your hands on it, be sure to stock up. The taste and effect are so good that it may even be worth growing your own.

White Cookies has an earthy scent, along with a pungent, nutty lemony aroma. It’s described as being a rather complex yet satisfying aroma, with top notes of pepper and herbs, moving down to a full body of chocolate, and lastly, dank and earthy base notes.

The White Cookies strain has a sweet vanilla flavor and features a hint of minty chocolate. It also packs a tantalizing hint of peppery spice, which works wonderfully at cutting through its sweeter leanings.

For the most part, the taste is like the lovely Girl Scout Cookies flavor – full of chocolate, mint, vanilla, as well as rich buttery hints.

A lot of people would assume that White Cookies would look white because of a dense covering of trichomes, but this is only half true. Although the calyxes of the strain are lightened with trichomes, White Cookies also has a multitude of fiery orange pistils that give it a vivid color.

The nugs of White Cookie are typically a minty green color with the yellowish-orange accents from the trichomes. Buds are small to medium-sized and feature layers of trichomes, which gives it a white appearance.

White Cookies is a relatively moderate strain for home growing. It has a short flowering period of only 9 to 10 weeks and brings about decent yields of between 200 to 400 grams, depending on the conditions. It’s an option that’s great for either indoor or outdoor cultivation and features plants that get to the one-meter tall mark. That said, it flourishes when grown indoors.

According to Crop King Seeds, the strain has a slightly indica-leaning lineage and Dutch origins. It reportedly grows tall with physical traits of both its mother and father, and produces high yields ranging from 200 to 400 grams, or 7 to 14 ounces, over a 63-day flowering period. Moderately easy to grow either indoors or outdoors, White Cookies delivers relaxed, euphoric, and body-centric effects, according to Crop King Seeds. According to the seed bank, this strain is also used medically to boost moods and treat pain, loss of appetite, and nausea.

White Cookies has an outdoor harvest time of mid/end September, which makes it a feasible choice for outdoor growers in a lot of Europe. Especially since this strain thrives in pretty much any temperature, except very extreme ones – as long as the plant gets enough light.

Growers will be impressed by the decent yield and the cooperative nature of this strain. The plant demonstrates characteristics of both sativas and indicas genetics. White Cookies is one of the highest yielding strains for recreational growers.

If you like the sound of this strain, White Cookie seeds are fairly easy to access. These feminized seeds typically result in fat, delicious buds that can be smoked up for happy feelings or a simple body high. It’s one of the easier strains to grow; so if you can’t find it in-store, you might want to try growing this strain yourself.

The White Cookie strain has an average THC content of about 19%. Given the THC level, you would be forgiven for thinking that it’s a sativa-dominant strain. Indeed, the initial effect is very much in line with an old-school sativa, featuring a quick blast of pain relief followed by a buzzy and bright cerebral high, which can help to lift even the lowest moods.

However, it’s an indica strain at heart and provides that incredible total-body relaxation that’s associated with the best indicas.

Since it’s a nicely blended hybrid that affects both the mind and the body, White Cookies is especially loved by medicinal users. Although it’s not on the extreme end of potency, it’s strong enough to melt away stress and depression, and can even soothe nausea and help to relieve pain.

Due to the ability of White Cookies to greatly increase the appetite, people who struggle with this aspect of their daily lives often find a lot of relief thanks to this strain.

Reviewers report that White Cookies helped to enhance their mood while relieving the symptoms of chronic stress and pain. Some say that the strain could make the mind a little foggy, but in a rather pleasant way that helps to eliminate negative or racing thoughts.

We couldn’t find any reported side effects associated with the White Cookies strain. However, it’s important to note that side effects are always a possibility, and some users may be more prone to these effects than others.

Due to the high THC levels of these strains, here are a few of the possible side effects:

“Good things come to those who wait”… Right? Or so the saying goes. Unfortunately, the White Cookies strain isn’t widely accessible, which means that some marijuana enthusiasts may have to be patient in their search for this strain. Alternatively, you could grow your own strain – fairly easily, might we add.

White Cookies is worth the effort. Packing a healthy 19% THC level on average, this hybrid offers up a euphoric and relaxing high. White Cookies is a fantastic appetite-stimulant and also tends to leave users feeling pleasantly sleepy, making it good for insomnia. It’s also a popular choice for relieving pain, stress, nausea, and depression.

Enjoy this strain with a side of cookies – sit back, relax, and bask in the euphoric effects.

Who are the 3 kings. The 3 Kings marijuana strain