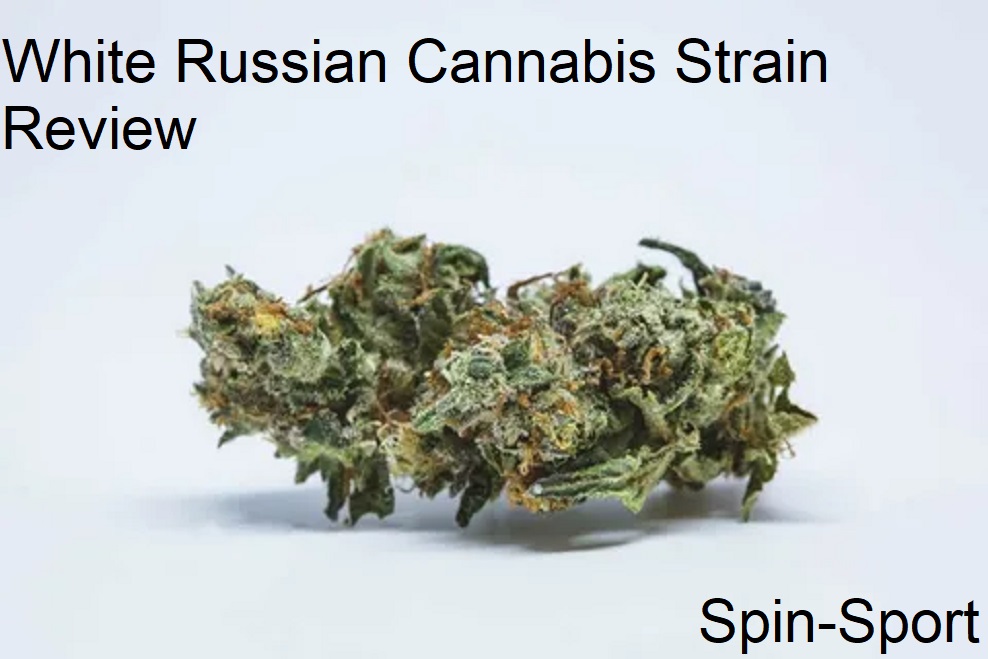 Although the White Russian strain may not taste like the beloved alcoholic cocktail, it sure will hit you as quick as one. Its effects are often noticed nearly immediately and will give you a nice head rush. As time passes, you’re sure to get a nice boost in energy and mood too, so it’s great for those days when you need a little extra kick.

All About White Russian Cannabis Strain

White Russian weed strain is a hybrid that combines the best features of both Indica and Sativa strains though is 100% Indica genetics. The White Russian marijuana strain was developed back in the early 90s by the Serious Seed company based in the Netherlands. The breeders crossed White Widow and AK-47 to create this cannabis.

Since then, this strain has been prevalent in coffeeshops in Amsterdam. In 1996, the strain was presented to the jury of the High Times Cannabis Cup. At times, White Russian strain CBD levels were among the highest among all the hybrid strains, and even more so, the effects of this weed were so well-balanced and perfectly rounded that the jury proclaimed it to be the best hemp in the world! The White Russian strain THC content is up to 20%, which puts it somewhere in the upper-middle potency range.

This strain smells like the legendary Skunk pot you’ve almost certainly heard of. This is a strong earthy and herbal smell you’ll sense from miles away. The smell is just mind-blowing. Nothing compares to this sweet aroma. The flavor would always depend heavily on how you smoke it. Use a pipe, and you’ll end up with an irritating and bitter taste that will almost certainly make you cough. Use a decent bong, and you’ll have a pleasant and rich taste that will bring the ultimate experience to you and your friends.

According to the consumers, White Russian strain effects include:

The users admit a soft onset and seamless offset that does not produce any leftover dizziness, which makes it a perfect weed for midday smokers who are up for some fun or need some energy to get through the day. As a side effect, consumers report dry mouth and eyes.

If you have ever visited a bar that is far too invested in a desperate attempt to try and create a “hip” image, then it is very likely that you will have seen a White Russian cocktail. Once a novelty option made from cream, this drink was made famous by The Big Lebowski as The Dude’s favorite beverage.

However, it would appear that the marijuana world also wants a part of this nomenclature, as the White Russian strain demonstrates.

Initially made by the Amsterdam-based Serious Seeds, this strain is a cross between two potent strains with a long, fruitful history. Though White Russian might not taste like vodka, cream and a deep-seated desire to find vengeance for your carpet, it is still a powerful strain that has won a number of different awards.

Let’s take a look at this potent strain and examine what makes it worth using it, instead of its ancestor strains.

What is the White Russian Cannabis Strain?

White Russian is not just some backwater marijuana strain cultivated by newbie growers – White Russian is a strain with an esteemed parentage. A cross between White Widow, one of the world’s most famous strains, and AK-47, this strain won the 1996 High Times Cannabis Cup as the Best Overall Strain, as well as being consistently ranked as one of the best strains in the world.

It not only has a massive THC concentration, but it also has a myriad of useful and enjoyable effects as well.

As a completely balanced hybrid, the White Russian high has a number of different facets to it. For starters, the high hits you immediately, causing a small amount of tightness around the head and an initial head rush.

This slightly disorientating feeling will pass, only to be replaced by a sudden rush of energy and motivation. You will feel incredibly clear and lucid, encouraging you to get up and get moving with some kind of task that needs to be done.

There is a cerebral quality to the high that can leave you thinking rather introspectively, or even serve as an excellent inspiration for creative tasks.

Alongside all this mental energy, you can expect a profoundly happy feeling that transitions into pure euphoria and general calmness. There aren’t really any effects felt in the body, despite the presence of indica in its genetics, which makes this strain seem slightly more sativa.

Even though this strain has the fabled White Widow in its genetics, there is basically no couch lock or tiredness; instead, this strain will inspire near endless energy and personal motivation, allowing you to do anything at all – take a hike, go for a run or clean up your apartment; all are possible with White Russian.

This makes White Russian a strain that seems to defy all expectations – instead of being a lazy layabout, like The Dude with his White Russians, you will be motivated and continuously ready to seize the day. Additionally, instead of being calming and relaxing, like the effects of its signature parent, White Widow, you will instead feel so mentally prepared and raring to go that you will likely struggle to stay in one place for so long.

Of course, the effects of a strain are one thing, but what about how it tastes? Does it have a suitably nice flavor profile alongside its great effects?

The aroma of White Russian is quite similar to its ancestry; you can expect a dank smell that reminds you of extremely rich soil. There is a subtle quality of somewhat bitter nuttiness that undercuts this alkaline flavor of earth, though it lacks any kind of the stickiness that White Window typically has.

There is also a small hint of citrus fruits as well, giving some particularly enjoyable floral flavors that leave the nose tingling for more.

The smell flourishes even more when burnt, giving a slight funkiness that is ever so slightly harsh and difficult to handle if overindulged.

The flavor is quite similar to its aroma, offering levels of both earthiness and citrus that leaves you feeling like you have just tasted a very slightly odd orange. While this description might, at first, sound rather negative, there is actually an extremely comfortable, rather pleasant quality to this taste combination.

It is aided by the further developing flavors of spice and herbaceousness that serve to stop the dank flavors of the earth from overpowering your palate.

The entire flavor experience hits you straight away, just like its high, offering profound levels of flavor that seems both intricate and simplistic at the same time.

How about how it looks, however? Is it an equally attractive strain when it comes to physical appearance?

The buds of White Russian are quite small and look incredibly similar to a typical sativa bud, presenting quite loose leaves that possess a furry, fluffy quality to them that look almost like the leaves of an entirely different plant.

They have typical leaf coloration, offering a light green shade that catches the sun rather beautifully. You can expect this strain to carry over the tradition of its parent White Widow in its white trichomes, as this strain will often be liberally coated in this shiny, almost frost-like speckles of hair.

This is a strain that needs to be adequately cured so as to be able to appreciate its physical appearance properly, so one of the best ways to see the very best this strain has to offer is to grow some yourself.